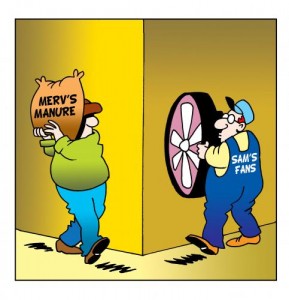 I’ve been absent here from the pages of GBM this last week or so as I’ve essentially been working in two places at once. At home at Wayside Theatre and at Totem Pole Playhouse where we just had a successful opening of a musical I co-authored, Southern Crossroads. I chronicled how I was using the iPad, as well as testing out the HP TouchPad and the Samsung Galaxy Tab 10.2 in earlier posts. That’s one kind of creation. But the other is the kind of creation that I needed to do in order to deal with a few critical points back home.

Simply put, we hit a cash flow low point, as well as a negotiating snag with some of our business partners. I’ll spare you the specifics, so suffice it to say that documents were flying back and forth via email in a feverish pace. Quite a few of them required my signature which was handled easy enough with the Sign-N-Send App on the iPad 2. But Many of those documents were also spreadsheets that needed work as well.

Here’s the thing. None of this kind of work is unusual in a daily routine. But, when you are in a two places at one time mode, it is tough to keep pulling away from your responsibilities in one place to deal with those from the other.

The iPad 2 provided me a way to handle this, somewhat surreptitiously (or is that sneakily) in both instances simply because it is a very personal device. (The other two Tablets did as well, but in somewhat less successful ways, but that’s a subject for another post.) There’s no opening up a laptop, no taking out a phone to tap on a keyboard, and as far as anyone in either location new, I was right there with them on whatever we were working on, simply because the Tablet was always present. Of course that requires a brain capable of mutli-tasking. I’m not saying mine is particularly good at that, but I was able to handle most of the issues that needed to be handled pretty much as they came up. And again, this is all because of the very personal nature of the Tablet form factor.