Amazon has long been rumored to be eyeing the smartphone market after having launched its Kindle Fire tablet based on a forked version of Google’s Android operating system, and now there is chatter that Amazon is looking to do what no others before it have even attempted. The move by Amazon to introduce the Kindle Phone could revolutionize the mobile industry as Amazon is looking to offer these smartphones for free–even without a contract.

CNET cites former Wall Street Journal reporters Amir Efrati and Jessica E. Lessin in its story, saying that though Amazon will “sell” the phones on its e-commerce website, “the company doesn’t want to make people sign up for a wireless plan contract for the free phone.” 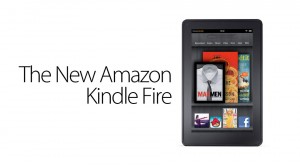 After transforming tablet computing, Amazon could turn business models for wireless mobility on its head with a rumored Kindle Phone offering.

The free approach would not only help take the concept of a smartphone mainstream as it would become truly affordable, but it would also allow Amazon to compete against feature-rich, low cost smartphone models, like the upcoming iPhone 5C.

Free and without a contract is definitely a new approach to the mobility business. Various others before Amazon have tried to alter and change the mobile revenue model for smartphone subsidies and contracts, but ultimately failed.

In the summer of 2007, Apple debuted its first iPhone, and the device made a big deal as customers paid full price for the mobile computing powerhouse and activated the phone through iTunes, rather than in a carrier retail store. However, as the threat of Android grew bigger, Apple was forced to expand to make the iPhone’s price even more appealing to customers, and so it sold out to the big mobile carriers by offering subsequent iPhone models for just $199 with a two-year contract.

Google tried to change how wireless worked with its Nexus smartphones. Though radically cheaper than rival handsets for the features that Nexus delivers, the Nexus was still a niche product that was primarily sold through Google’s Play Store. Lack of a single mobile wireless radio and modem prevented one Nexus model from working with all the major carriers in the U.S. due to differing technologies and spectrum that these networks operate on. Still, at $300 and later discounted to $200, the Nexus 4 was quite the bargain without a contract.

But free is even better, and the appeal is that customers won’t have to sign or renew their contract. Amazon may be able to deliver this winning model because it operates its own ecosystem through sales of not just physical goods, but digital wares such as apps, music, movies, TV shows, books, magazines, and storage.

This means that at free without a contract, Amazon would obviously take a hit on hardware sales, but the company may be able to recover that loss and perhaps even generate some profits if users of the Amazon-made phone purchase goods from Amazon’s digital stores, sign up for the Amazon Prime membership, or shop through Amazon.com. Amazon has tested this strategy with the 7-inch Kindle Fire, and the device quickly became the first successful 7-inch tablet at $199, a model that Google later emulated with its own 7-inch nexus tablet last year.

Details about the phone itself is scarce at this time, but Amazon could likely use the same Android operating system that it already employs on its tablets. After all, it already operates a robust Amazon App Store that sells Android apps to Android devices, so using Android again makes good sense. The Kindle Phone would likely be a heavily skinned device with little traces of Android and Amazon would likely tailor the UI to highlight its own services, like the Amazon App Store, Kindle books and magazines, and Zappos to name a few.

In the past, there were also rumors that Amazon would deliver its own 4G LTE service as well, though that one may take more time with all the regulatory and antitrust hurdles Amazon must go through first.