The new iPhone 6 Plus Camera stands out as one of the best feature upgrades for the phone, but is the camera good enough to replace that point-and-shoot camera that many people still carry around? The iPhone 6 Plus camera alone led some iPhone 6 buyers to go with the larger iPhone 6 Plus over the smaller iPhone 6 because it comes with optical image stabilization. Optical Image Stabilization helps reduce camera shake in low light settings, like indoor shots or at night shots. The lens vibrates when a user taps on the camera’s virtual shutter release button or the volume key, but OIS helps reduce this vibration. 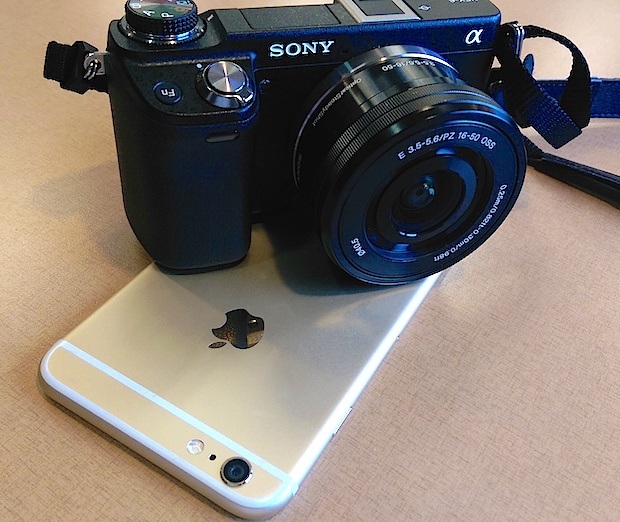 Can the iPhone 6 Plus camera replace your regular point-and-shoot camera?

The iPhone 6 Plus camera does a great job of giving users some of the best smartphone camera pictures. Until now, many photography enthusiasts enjoyed the camera on the iPhone, but still used a regular camera for important shots. It’s one thing to grab a selfie with friends at a restaurant, but would people want to trust a phone camera to take pictures of their kid’s graduation?

We’ll show some picture comparisons and then discuss the benefits of one over the other.

Picture quality will win out over any other issue when it comes to comparing two cameras. So here are a few samples of shots taken with a Sony NEX 6 advanced compact camera and then the same shot taken with an iPhone 6 Plus. The Sony goes for about $550 on Amazon, and it takes some wonderful shots. Click any image to see a full sized shot unedited.

First, here are a pair of close up shots in medium light.

Sony NEX 6 shot of some candy

iPhone 6 Plus shot of some candy close up

It’s hard to decide which one offers the better image quality. The Sony gives only slightly better color accuracy.

I took the shots above of a friend’s kid catching some zzz’s at my son’s soccer game. The stadium lights came on, but it was a low light situation and I sat just a few feet from the boy. Notice how much brighter the iPhone 6 Plus image looks compared to the Sony shot below. It’s also a little warmer, but the Sony shot looks more accurate.

The top shot comes from the iPhone 6 Plus. See how much further the goal looks. We sat equal-distance from each goal. The Sony shot on the bottom zooms in using the optical zoom lens, while the iPhone 6 Plus doesn’t offer any zoom. A user can pinch to zoom, but that’s digital zoom and it makes the shot look washed out and blurry compared to optical zoom.

The iPhone 6 Plus looks brighter.

Don’t pay any attention to the zoom of these shots. Instead notice the exposure of these unedited images of a pair of shoes outside my house at night with a dim porch light turned on. The Sony shot, again, looks darker in auto mode. The iPhone 6 Plus camera boosts exposure automatically in low light, making the image look better out of the camera without any changes in photo editing software.

The iPhone 6 Plus early morning shot looks brighter, but not as color accurate.

The iPhone 6 Plus shot on top looks brighter again, but this time the blue sky’s color changed a lot from the actual scene. The Sony gives a more faithful rendering of the scene. A bit of editing or using the advanced exposure settings on the camera will produce a better image.

The iPhone 6 Plus panorama mode plus in-camera video editing produced a stylized panorama that you can’t get on the Sony.

I took the above image using the Panorama mode of the iPhone 6 Plus. I then exported it to Snapseed and gave it the stylized HDR look. This is something a photographer can’t get on a Sony NEX 6 Plus. Other advanced point-and-shoot consumer level cameras offer panorama modes and in-camera HDR, but editing on a touchscreen device works so much better than using the dials and buttons most cameras use to edit images.

The video above comes as a result of the iPhone 6 slow motion mode that shoots at 240 fps. The Sony NEX 6 doesn’t include a slow motion mode. Some consumer level point-and-shoot cameras do.

Comparing the above images leads to some conclusions.

Image and video quality isn’t the only thing to consider, though. There are other features that matter when it comes to comparing the iPhone 6 Plus camera and a point-and-shoot.

Benefits of the iPhone 6 Plus Camera Over a Regular Camera

The iPhone 6 Plus will already come with you, so you get more convenience compared to bringing a second device just for pictures and video.

Replacing the camera with an iPhone would make life more convenient in some ways, including…

Bring a tiny tripod like the Joby Griptight XL for stable shots. It’s tiny and fits in a pocket.

Benefits of a Regular Camera Over iPhone 6 Plus Camera 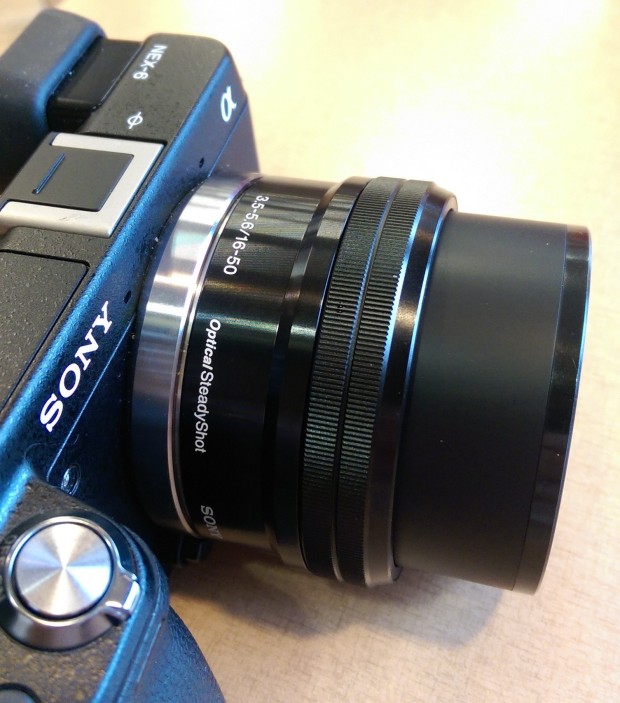 The iPhone 6 Plus Camera takes great shots, but using a regular point-and-shoot camera does come with some benefits. 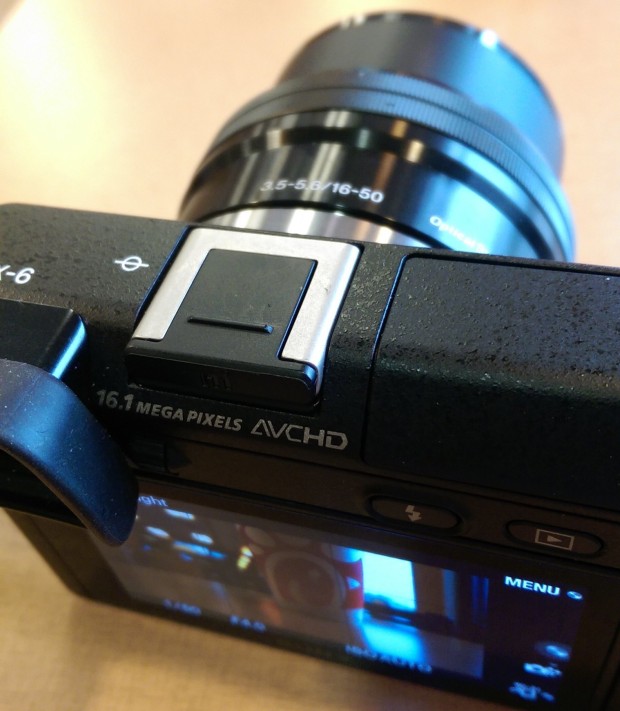 The iPhone 6 Plus can replace a point-and-shoot camera. There’s no good reason for an iPhone 6 Plus owner to buy a cheap camera. But it makes sense to own a good camera with zoom lenses for those who want really great shots. Advanced photo enthusiasts will want to own an advanced compact camera or DSLR, but they can leave it home and use the iPhone for the snapshots that they plan to share online. As is, the iPhone 6 Plus takes excellent pictures and video and can easily replace most of the point-and-shoot cameras the average person uses. With a camera tripod like the Joby Griptight XL mentioned above or an Ollo Clip (when an iPhone 6 Plus version finally comes out) iPhone users might also get help for some zoom or macro shots.