Apple is expected to make a big splash with its highly anticipated and much leaked 7.85-inch iPad Mini later this month when the slate gets announced, but can Apple convince existing iPad owners to ‘upgrade,’ or rather add the smaller tablet to their gear? For new iPad owners, Apple will likely tell a compelling story of how the cheaper, smaller, and lighter tablet will be a great companion for education and bibliophiles as it may be a better reading companion. For new users to the iOS and Apple ecosystem as a whole, the iPad Mini will be the screen into all things iTunes, including music, movies, TV shows, magazines, newspapers, and apps. But as an owner of the third-generation iPad, I am questioning if it makes sense for me to replace my existing Apple tablet or give it a second companion. 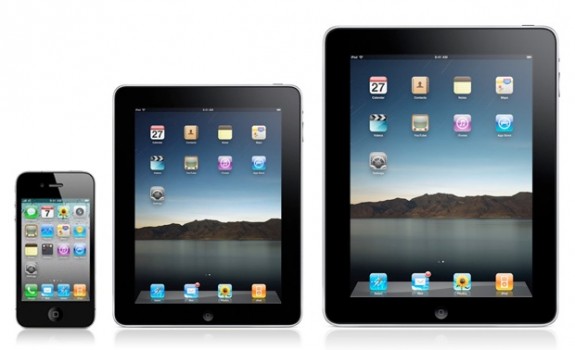 In the past, in the era of late Apple co-founder Steve Jobs, Apple had made much of its marketing success by delivering on hype. While Apple’s products possess simple, elegant designs and are made with premium materials (glass and metal), Apple also told a simple story about how the humanities meet with science, or how to hide the technology so that all that is left is the way humans use these products seamlessly and effortlessly–no manuals needed, no training required. Jobs ushered in the post-PC revolution with the iPad by redefining how people interact with computing and, in essence, declaring the iOS tablet the future of mobile computing.

Though after Jobs had left his post as CEO and Tim Cooks took the reigns, Apple is doing a less defined job at marketing how its design ingenuity is helping to simplify lives. Rather than focusing on how a simple touch on a glass display can access, for example, the world at your fingertips thanks to ubiquitous connectivity, Apple is instead becoming more like its PC counterparts. The latest iPhone 5‘s announcement seemed to be more about the specs of the device rather than focusing on the usability angle and showcasing specific features that highlights the phone, much like what Jobs would have done.

Still, the iPhone 5 is a top seller and Apple is having a hard enough time as it stands keeping the device on its shelves. And when it comes to the iPad Mini, Piper Jaffray analyst Gene Munster anticipates a cannibalization rate of 20 percent, meaning that for every five iPad Minis sold, Apple would lose the sale of one full-sized iPad.

If Apple repeats its specs over usability strategy for the iPad Mini’s announcement, it may be a hard sell to convince existing iPad owners to buy the iPad Mini. For me, as an owner of a Kindle–for e-book reading–as well as Barnes & Noble’s Nook e-reader, Apple will have to do more than sell me on books to get me to splurge on an iPad Mini this holiday. The iPhone is my perfect portable Apple TV as it has the display and I can download new TV shows and movies wherever, whenever as long as I am connected to WiFi. And as far as gaming goes, I am happy with the iPhone’s more portable size.

It really boils down to what compelling use case Apple will highlight for users to want to buy the iPad Mini. Cool and sleek aside–I already have that with the iPad–how will Apple tell me how the iPad Mini will revolutionize my life as an existing tablet owner is what I am looking to hear from the October 23 announcement.

Existing iPad owners–will you be adding the iPad Mini, dumping your iPad and getting the Mini, or waiting this round out? There will be a lot of competition this holiday season with a slew of Windows slates headlined by Microsoft’s Surface tablet, Android tablets and some with docking and inking capabilities, and of course two different form factors of iPads to choose from.