Breathless headlines! Shocking revelations! News that will make your head spin! It seems like every time we see new reporting on any aspect of NSA data surveillance brought about by the Edward Snowden leaks earlier this year, news outlets feel like we ought to be shocked and awed. But honestly, haven’t most of us already gotten past the point where we’re surprised by any of this? 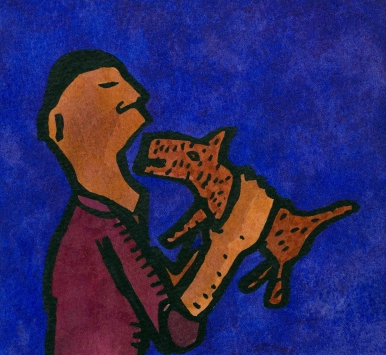 Today’s big headlines in the Washington Post and elsewhere tell us that the NSA was grabbing 5 billion records a day from cellphones worldwide. The big shocking quote is that this was being done so that it enabled “the agency to track the movements of individuals — and map their relationships — in ways that would have been previously unimaginable.”

The bold face is mine. Previously unimaginable. Really? Anyone who has been following the Snowden/NSA story since it broke last summer and/or what Internet companies like Google, Facebook, etc… have been doing for quite some time should not be listed in the unimaginable column. What’s unimaginable is that at this stage in the game a reputable newspaper would even think this. Set the politics of Snowden’s revelations aside. In essence all he did was shine a brighter spotlight on what many others had suspected and reported but had not yet proven. Once it was out in the open, the proverbial cat was out of the bag and all that was really left to report was how much fur was left on the furnishings. But then a slow and methodical release of the information is a better way to sell papers and grab web hits, than reporting what you know. The trickling out of info on this story by journalistic enterprises is as questionable as the facts of the story itself. But then making a buck never stopped turning one big great story into a bunch of littler ones.

I’m not sure which is more unimaginable actually, the scope of what we’re learning through the drip, drip, drip of news stories, or the fact that the editors and publishers of journalistic enterprises like the Washington Post and the Guardian think we haven’t already rolled this into our thinking about life in an always connected world.

Let me just ask you this. How many people do you know that have changed their habits because of these revelations? I know some who are justifiably outraged, but when pressed about whether or not the news will change how they live their lives, I haven’t found one person yet who says it will. There’s a begrudging shoulder shrug of acceptance from most quarters. Maybe we’ll look over our digital shoulders an extra time or two going forward, but I think the world at large has absorbed the bad news that we can’t trust government agencies who use our tax dollars to create and maintain spy agencies.

In my view, the more troubling aspect of this entire surveillance story is not that governments do this kind of thing, but that in some cases they have co-opted major corporations to acquiesce either willingly or passively. By and large most individuals have an innate skepticism of how corporations manipulate us much the same as we distrust government. Whatever trust factor existed in either case should be shattered for all but the hopelessly naive at this point. Even news that some of the tech corporations are working on new encryption technology to hinder this kind of surveillance in the future sounds like silly chatter as they chase the horse that got out of the barn.

And as for the media that keeps dribbling out parts of the story like they’ve discovered something new, hoping to control information like Apple did back in the days before Cupertino couldn’t stop a leak, I’d ask them one simple question: have you seen that this news is changing human behavior in any great fashion? I don’t believe there are any trends to say that it has. Bottom line, I think that’s where the real story lies. Aside from some of the details, these stories have long since bypassed the “man bites dog” aphorism and turned into “cat chases tail.”