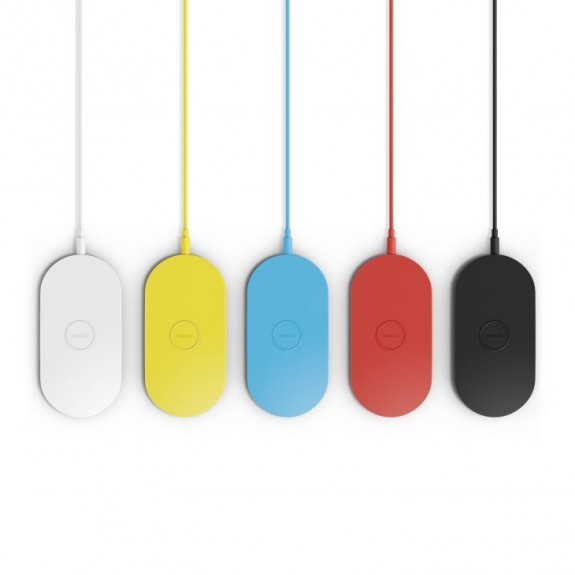 The Lumia 920 wirelessly charges when placed on one of these devices.

The Lumia 920 is no iPhone 5. It’s not likely to sell 10 million units in the first week, and it arguably doesn’t offer the same draw to manufacturers as an iPhone 5 with wireless charging, but it’s a start.

Wireless charging isn’t going to be the feature to sell a phone, but it’s one of my most desired features. Until battery technology can catch up to the way I use my phone I definitely want to be able to set my phone down on a desk, on my dash and on my nightstand to charge, without worrying about cables.

I know I’m not alone in my quest for wireless charging and my need to charge my phones multiple times a day.

For Nokia to be the leader here, we’ll need to see wireless charging arrive in more locations and in ways users can appreciate. Right now the Virgin Atlantic deal is only at the Heathrow Airport clubhouse. If Nokia is able to put wireless chargers in planes, and partner with a restaurant like McDonald’s and bars we could see wireless charging switch to a standard feature as users see the benefits in front of them.

Nokia is going all out with several wireless charging accessories for the Lumia 920 release. My favorite is the JBL PowerUp with Wireless charging, a Lumia 920 speaker system that plays music wirelessly and can charge the Lumia 920 when it sits on top of it. I know any speaker company looking to make iPhone 5 docks would love to offer this functionality so they won’t be stung with any future iPhone dock connector changes.