Apple officially let loose iOS 7.1, which brings a handful of bug fixes, new features and performance improvements. Most iPhone and iPad owners will most-definitely want to update to this latest version, as many users have reported excellent gains in overall speed and performance.

However, in the off-chance that the update makes your device worse somehow, you probably want to know how you can downgrade back to iOS 7.0.6 (or whatever version you were on previously). This might not seem like a big deal, as downgrading is pretty easy to do on a number of devices, but Apple actually discourages this. 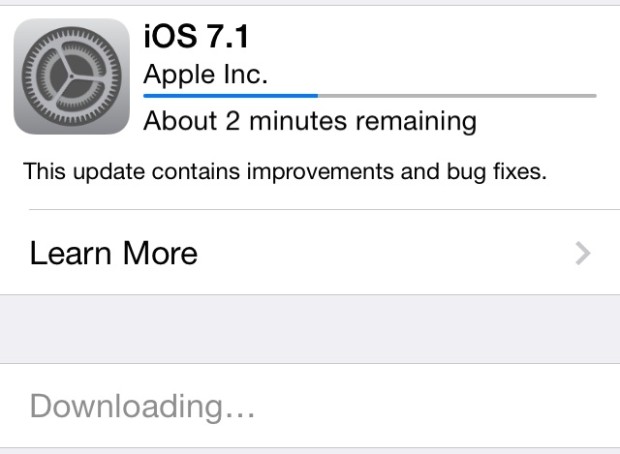 So can you downgrade from iOS 7.1 back down to iOS 7.0.6 or an even earlier version? The short answer is not anymore. There was a very short time window right after iOS 7.1 was released when you could still downgrade to iOS 7.0.6 for a couple of hours.

Apple usually stops “signing” previous iOS version releases shortly after a new one is out. This essentially just means that Apple no longer supports that specific version, so if you want to install iOS 7.0.6 on your iPhone after Apple stopped signing it, you won’t be able to, since the install has to go through Apple’s server first in order to confirm it.

It’s kind of a big bummer, to say the least, and it certainly gives credit to Android fanboys who argue that Apple puts up walls and closes down its mobile operating system so that users can only do so much, but the trade-off is that iOS users get a beautiful user interface that’s easy to use and hardware that looks better than most competing devices.

In any case, we doubt a lot of iPhone and iPad users would want to downgrade from iOS 7.1. We’ve been hearing nothing but good things about the update from a ton of users who’ve updated, and we ourselves have had great overall experiences so far. We suppose the only reason you would want to downgrade is if you’re jailbroken and you accidentally upgraded, but that’s all on you.