Canadians are seeing their unlimited data plans replaced with 25GB monthly caps. No we’re not talking about wireless data providers, but plain old home broadband providers here. The Canadaian Radio-Telecommunications Commission has approved Bell Canada’s plans for usage based billing and now smaller Canadian ISPs, which ride on Bell Canada’s copper, will also have to play the cap game. 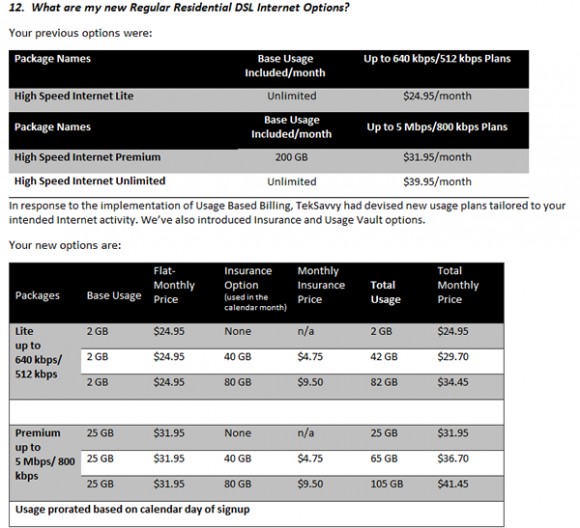 The above image is what one ISP’s customers are receiving by email.

The result is pretty ugly for Canadian consumers who may have cut the cord and signed up for video services, such as the newly available Netflix  streaming service. Canadians were previously offered uncapped plans, or had plenty of head room. A $31.95 plan from TekSavvy used to include 200GB of data. They now get 25GB for the same price. Addition GB’s are $1.90 each, but they can pre-pay for overage – $4.75 for an extra 40GB.