All four national carriers in the United States have agreed to build a national registry of stolen phones. Each carrier–AT&T, Sprint, T-Mobile, and Verizon–will have its own list and will update its existing information to a larger national registry so that they can all work together in blocking a stolen phone from being activated on a network. For instance, someone with a stolen AT&T iPhone would not be able to turn to T-Mobile to get the device activated there, but it remains unclear if by merely popping in another AT&T SIM card would work as most GSM phones on AT&T do not require additional activation steps and would work with any compatible active SIM. 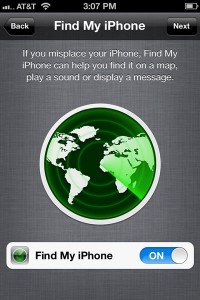 At this time, only Verizon and Sprint block phones that are reported as stolen from being activated on their networks whereas GSM carriers AT&T and T-Mobile USA do not have such policies in place. This will change with the new registry and hopefully, by making it harder for thieves to use stolen property, we’ll have more honest citizens.

However, this does present risks to the secondary market where used phones are often sold and bought on online services such as eBay, Amazon, and Craigslist. Users who are interested in buying a second-hand phone would need a way to check to see if the phone they’re seeking is a stolen device so consumer access to the registry may be an important component.

According to the Wall Street Journal, smaller regional carriers will be joining the efforts over the next two years.

The aim of the registry is to devalue stolen phone equipment. With the rise of smartphones, phones have become a hot commodity for theft as they’re small and portable, making them easy to lift. In countries where a registry is in place, theft has declined.

As these carriers use differing network technologies, the technology component to verify the SIM and the equipment being legitimate on a network would need to be worked out.