CBS Brings Streaming Video to the iPhone with TV.com

Looks like CBS has beaten quite a few folks to the punch with its TV.com app for the iPhone and the iPod Touch. This comes on the heels of Joost launching its app last fall, which has garnered quite a few downloads and also quite a few negative reviews.

The TV.com app is free in the iTunes store (search for TV.com) and pulls in some full episodes of CBS programming of current shows and some excerpts and some trailers. Some of the channels include CNet.TV programming, ShowTime, CBS Sports, The CW, CBS News, and more. I’m just now checking this out, so we’ll see what I turn up in a follow up, but so far in streaming an episode of CSI Miami things seem to be holding up pretty well via WiFi. That episode seems to be broken up into six individual clips.

Lots of play about this in the blogosphere is focusing on a number of puns about the inclusion of full episodes of the original Star Trek series, (you can imagine ““beaming,Ã¢â‚¬Â ““iPhones set to stun,Ã¢â‚¬Â ““taking the iPhone where no iPhone has gone before,Ã¢â‚¬Â etc ). It does seem somehow appropriate on all levels.

UPDATE: After playing around with TV.com for a bit, the app is quite nice. It would be so much better if it was easier to tell what was a full episode versus an excerpt or clipping. I’ve seen reports that the app works well streaming content via 3G and as I don’t have 3G in my area to test with, I’ll take that as a plus. Why you’d want to do this I don’t know, but I am able to stream a show via EDGE, although there is some quality loss in the video, but no noticeable drop off or lag in the signal. 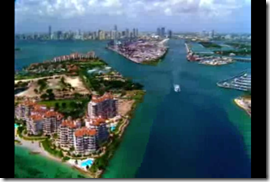