Wireless customers often experience poor signal quality and the Cel-Fi Smart Signal Booster might fix this. A Window Unit sits in a area with a good connection and sends the signal from the Window Unit to a second unit to spread coverage in low coverage areas.

Can this system improve 3G signal service in a home that gets poor coverage? We tested the Cel-Fi Smart Signal Booster boosted an AT&T signal in a dead spot at my wife’s workplace. Too bad the nearly $600 price makes this a product for business or the wealthy.

The Ce-Fi Signal Booster ($575) doesn’t tap into a customer’s Internet access to boost signal like the AT&T 3G Micro Cell we tested. Wireless carriers use a person’s Internet connection to deliver what they should offer, but in many areas don’t. 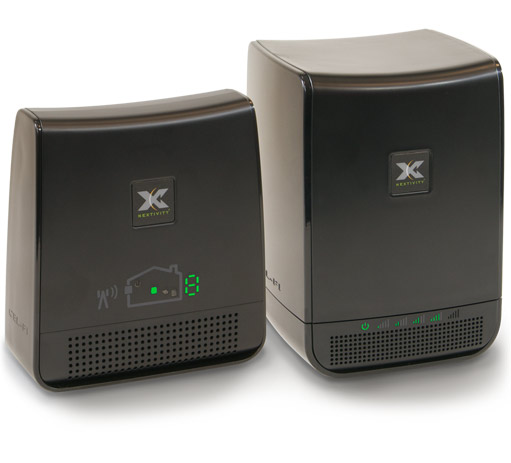 The Cel-Fi grabs the limited signal and boosts it. They promise this will boost battery life since the phone stops polling cell towers for a better signal. The units work with AT&T or T-Mobile.

Here’s the company’s setup instruction video with written setup steps below it.

If the unit shows a zero like below, then the user placed them too close together. Move the coverage unit further away.

If the unit shows a red icon, then move the Coverage unit closer to the Window unit.

As a baseline we tested speeds over LTE in a place with a great signal and pulled 26.91Mbps and uploaded at 9.53Mbps. See below. 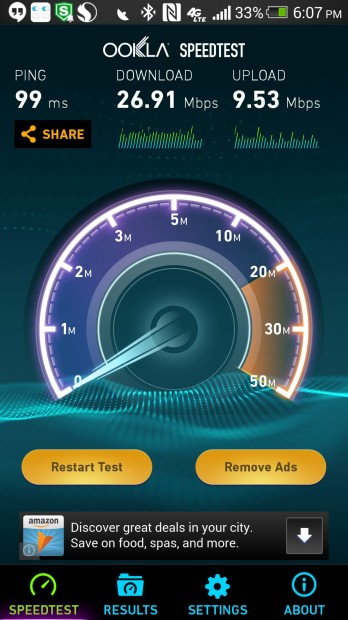 Then we tested without the Cel-Fi installed in my wife’s school classroom, where she gets no signal. As seen below, the test wouldn’t run. 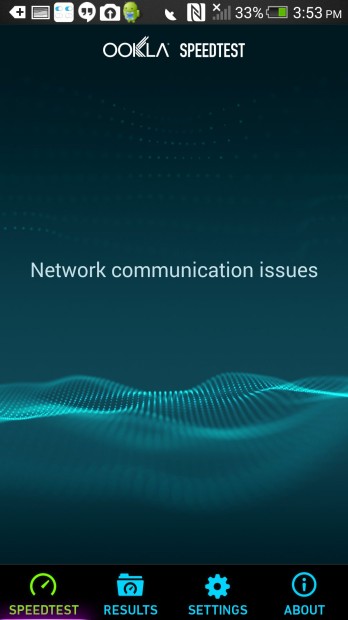 Finally we tested speeds via the Cel-Fi with the Window unit in the hall near a glass door and the other down the hall outside my wife’s classroom. The two units couldn’t connect to one another when we plugged it into the outlet in her classroom.

As seen below the results were usable with 2.44Mbps down and .77Mbps up. The window unit showed 3 bars while my phone only showed one, so the signal it amplified wasn’t good. But it worked. 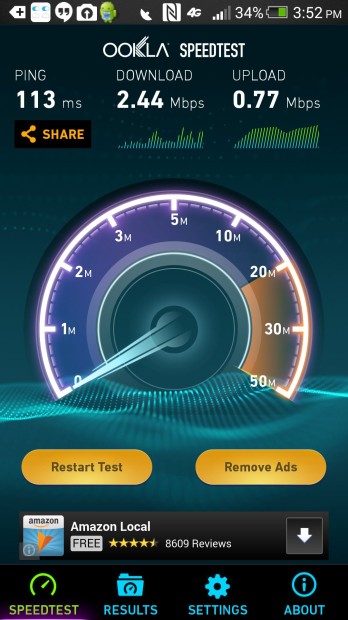 The unit works. Does it work well enough that the average person would spend nearly $600? Business users might install it where they can’t live without a signal, but few home users will spend $575 to enhance a connection when they can get a unit from their carrier instead. Customers needing one shouldn’t pay for one. Complain until the carrier offers one for free. Threaten to leave for another carrier, but be willing to follow through.