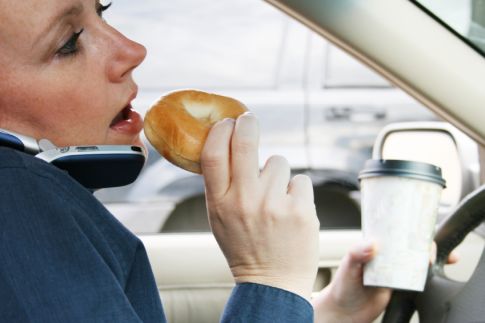 I find it fascinating, frustrating and ultimately farcical when humans try to fix human behavior that can cause harm to other humans. I don’t think there is any doubt that mobile tech can add to distractions while driving for those who are easily distracted, as well as for those who just don’t recognize their responsibility while behind the wheel. History is full of instances when technology and other innovations have turned into big business and then become a target of regulation after some see harm. Some call it the law of unintentional consequences and thus intervention is needed. Me, personally, I think in this instance it is more an issue of personal responsibility.

Laws and lawmaker are always behind the curve when this happens as things move faster than any sort of deliberative process can possibly allow and by the time regulation is openly debated you’re talking about changing ingrained behavior. States have been delving into legislation to stop texting while driving, and now it appears that the Feds are looking into installing technology in cars that would disable cell phone use.

Transportation Secretary Ray LaHood told MSNBC that the technology exists and that the government is looking into having it installed in cars. I’m sure that will go over really well in these crazy days. This comes at a time when mobile tech in the auto is advancing, as is the mobile tech that you might carry into your car. It also comes at a time that NHTSA says highway fatalities were at their lowest point since the 1950s.

Good luck on trying to get this implemented.