The theft of smartphones is obviously still big business. It has been since smartphones became a thing. Thieves can steal them and resell them quickly enough to make it a lucrative racket, although certain companies have taken steps to a least put obstacles in the paths of those who covet your smartphone. But coming up with some set of standards for anti-theft measures, such as a “kill switch” has not been an easy task in an industry of competing interests. Today, Apple, Google, Microsoft, Samsung, HTC, Huawei, Motorola and Nokia along with the five major U.S. cell carriers agreed voluntarily to a measure to help prohibit this kind of theft beginning with all phones sold after July, 2015. 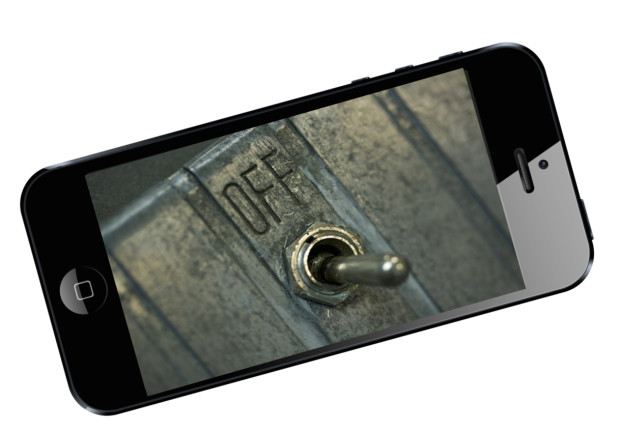 The agreement comes in the face of proposed legislation and political pressure in various jurisdictions around the country seeking to mandate protections. In the wake of that pressure. the hardware makers and cellular carriers have agreed to allow methods for consumers to remotely wipe their phones if they have been stolen or misplaced. The phone then could not be reactivated without the owner’s permission, although a wiped device could be restored if the owner chose to do so.

The real news here is that the U.S. cellular providers agreed to the measure. They had previously rejected proposals in November and December. Cell phone makers have been trying, and in some cases were successful in providing theft deterrent systems. A case in point is Apple’s Activation Lock, which requires an Apple ID and password before someone can turn off the Find My iPhone feature, sign out of iCloud, or wipe and reactivate an iPhone.

Samsung tried to offer a “kill switch” like solution on its Galaxy line of phones with third-party software-maker Absolute in preloading its popular Galaxy smartphones with LoJack software. U.S.cellular providers squashed the idea. Speculation was that the carriers saw this as eroding a portion of their business models. Carriers have lucrative arrangements with insurance companies who sell policies to cover lost, stolen, or damaged cellphones. Decrease the need for those policies by decreasing the chances of theft and that profit center sees diminishing returns.

According to previous GBM reporting all the major carriers in the U.S. currently partner with Asurion in offering insurance for loss, damaged, or stolen phones. The plans run as high as $10 per month. That cost is tacked onto a subscriber’s wireless statement. To replace a phone that’s stolen or lost, or one that has physical damage, a deductible is assessed. On AT&T, for example, that deductible could be as high as $200 for a high-end model on top of the monthly charges.

Statistics indicate that smartphone theft accounts for 30 to 40 percent of all thefts across the country. Consumer Reports states that 1.6 million Americans had their devices stolen in 2012. Authorities say that often these thefts turn violent, which is another reason prompting the law. California State Senator Mark Leno has been a big advocate of forcing carriers and phone makers to install a “kill switch.” He calls phone theft “a crime of convenience” and states that if “we end the convenience, we end the crime. It’s that simple.” The idea being that criminals will be less likely to pursue stealing a smartphone if they know a kill switch exists that won’t allow them to sell it on the black market.

Today’s news sounds like a net-postive, but Leno did not welcome it as a complete victory in the campaign to prevent cell phone theft.

“The wireless industry today has taken an incremental yet inadequate step to address the epidemic of smartphone theft. Only weeks ago, they claimed that the approach they are taking today was infeasible and counterproductive. While I am encouraged they are moving off of that position so quickly, today’s ‘opt-in’ proposal misses the mark if the ultimate goal is to combat street crime and violent thefts involving smartphones and tablets.”

“While I am encouraged by the incremental progress, the wireless industry must commit to the whole solution, not just a piece of it, to protect their customers and make our streets safer.”

Other lawmakers and CTIA, the trade association for the wireless industry, praised the agreement today. CTIA President Steve Largent made the following statement:

We appreciate the commitment made by these companies to protect wireless users in the event their smartphones are lost or stolen,” Largent said in a statement. “This flexibility provides consumers with access to the best features and apps that fit their unique needs while protecting their smartphones and the valuable information they contain. At the same time, it’s important different technologies are available so that a ‘trap door’ isn’t created that could be exploited by hackers and criminals.

Leno and others have been pushing their initiative through a very visible campaign called the Secure Our Smartphone Initiative. That initiative is supported by Attorneys General in 29 states.