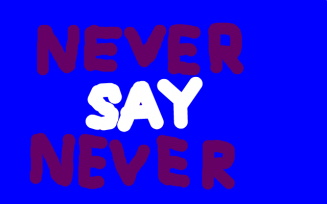 Perhaps the CEO of Samsung and the former CEO, now chairman, of Google clarified some things with recent comments. Or perhaps not. It’s often difficult to decipher CEO speak. But taken at face value, recent statements by Choi Gee Sung and Google’s Eric Schmidt add some public clarity to a couple of issues in the mobile tech world that has undergone quite a bit of upheaval lately.

Google started the ball rolling with its acquisition of Motorola Mobility and speculation as to Google’s motivation centered on every aspect of the deal from wanting Motorola Mobility’s patents, to wanting the hardware expertise, to wanting some of Motorola’s background in making TV set top boxes. Quite a few analysts and observers felt that this deal was just for the patents. Others argued that Google was trying to ape Apple by controlling both the hardware and the software. Well yesterday, Eric Schmidt, speaking at Dreamforce, said that the deal was indeed about hardware, in addition to patents. On many levels that makes sense, but then analysts don’t often think on many levels.

In that crazy week that was, HP followed up Google’s news by announcing that it was abandoning the TouchPad after only a short run at  making it a go following a botched launch, as well as possibly spinning off its computer business. This prompted speculation that HP might be willing to sell or license off webOS. Lately, there’s been talk that Samsung might be interested in acquiring webOS, but CEO Choi Gee Sung effectively put an end to that discussion for the time being yesterday. Using the word “never” in response to reporters’ questions at the IFA conference, the CEO reminded all that Samsung is pursuing it own operating system, Bada.

Of course all of this could change in the topsy-turvey world of mobile tech. And remember it is never smart to use the word never when saying no.