A quick stop by the Intel booth yielded some hands and eyes on with a few of the 15 MIDs that will be available later this year. Intel is aiming for mid-year 2008. And about that Lenovo MID? Yep it exists and it is planned to be the first MID out of the chute, aimed at a launch around the Olympics. (side note on this–at the Lenovo booth the Lenovo rep couldnt’ comment, but at the Intel booth, comments galore, and of course the device itself, pictured below. More info on Intel’s MID rollout will be available in the morning. 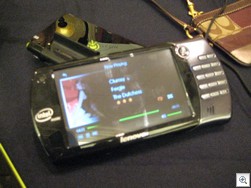 There were a few other MIDs available to gander at, and you’ll see and here more in the video interview to be posted soon. For now enjoy the pictures and know that we wll be seeing more in the days to come. 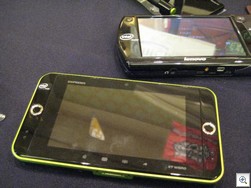 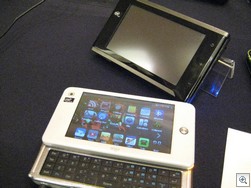 This last one is a prototype and won’t be in the first generation of MIDs released this year. 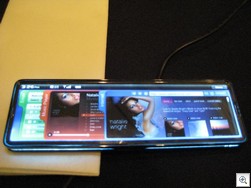