Waiting to board the plane at Washington Dulles International Airport, formerly best known to me as the airport from Die Hard 2. Waltzed through security with no problem despite being loaded with batteries. Only problem was check-in in which the terminal was mismarked as check-in when it was baggage check.

Scoping out the mobile tech amenities here at the United gate, I see several Samsung-sponsored charging stations, which are basically little kiosks with AC outlets. That’s in addition to the usual wall outlets that others are using for their laptops.

I’m also getting several wifi signals, including AT&T and T-Mobile, possibly emanating from the nearby Starbucks. Signal strength is shown as low on AT&T in the screenshot, but I’m seeing it jump up and down, presumably due to all the activity.

Plan on catching some sleep on the flight, but I’m sure I’ll be up enough to play a game, watch a movie, or scribble some thoughts. Next stop: Vegas! 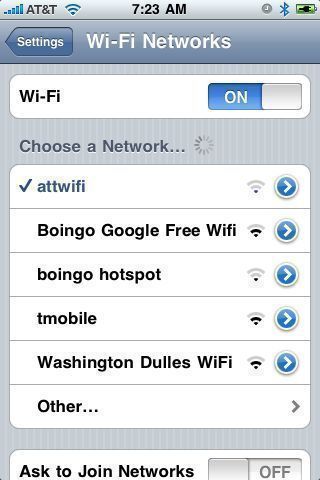 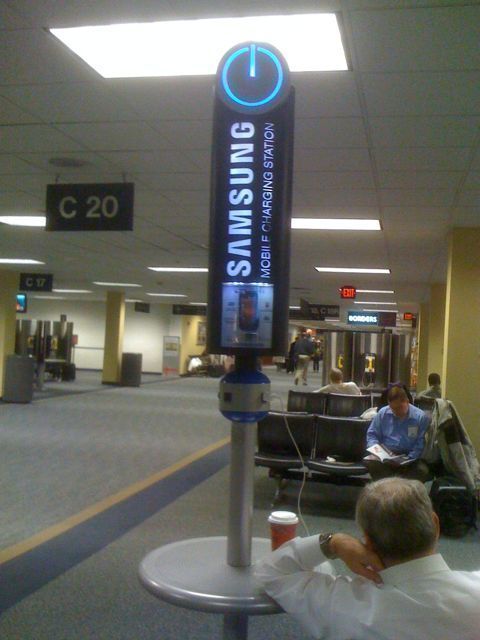