Got a smattering of the CES offerings today at a brief pre-pre-event. Lenovo was there with their U1 hybrid and other goodies (Xavier to share his up close and personal look). MSI showed off their army of netbooks and nettops. Another star was the enTourage eDGe, which they were glad to demo but hesitant to let others handle (Nicole Scott of Netbook News, who we ran into later, implied her earlier video of the device might have had something to do with that new level of control). Definitely need to get my hands on this.

But it wasn’t all about the big names and flashy devices. I also spent some time looking at the Flipower USB charger, an interesting device that fits on the plug of another device, basically piggybacking to avoid occupying an outlet of its own. Overall, a nice primer for the show. 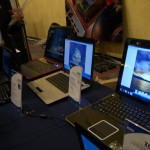 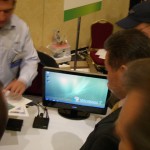 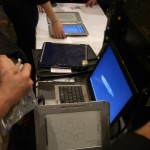 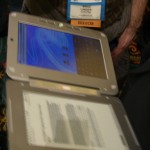 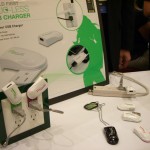 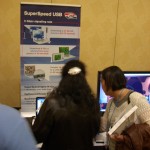