Will Microsoft CEO unveil a new slate tablet from HP? Will spend the hour raving about the awesomeness of Windows 7? Will some nutjob charge the stage and get tasered, fulfilling one item from his list of things to do in Vegas? It’s anyone’s guess as I liveblog from the event. Details after the jump.
6:13: The keynote is about 15 minutes away. I’m here with Amy and Josh (Xavier is off being cool). We are relying on Amy’s Mifi for connectivity, although my 3G has been pretty good for everything except calls. Yes, I am tapping this out on my iPhone. Quite frankly we’re a packed in a bit tight for that. Will try to keep up. Please don’t mind the typos.

6:22: switching back to 3G. I have terrible luck saving photos to WordPress over wifi.

6:28: first photo is of the pre-show stage. Second and third show a montage of MS services, from Windows to XBox to Windows Phone. Will need to lay off the photos during the keynote. Takes too much time to sync. Will snap with my camera and add later.

6:53: okay we’re starting with that Blackeyed Peas song about tonight being a good night.

7:01: Looking good in his red sweater. Introduces Seth Meyers in a video to “thank” technology. making fun of video conf, getting beat at games by kids, and Twitter.

7:06: talks about the futuristic tech we have now, including Bing, Bing, Bing!

7:07: Closer look at 2009 products: Xbox integrates social media. Project Natal will turn us into living game controllers. $20B in revenue. 2010 will be bigger.

Bing! 11M new Bing users. Understands user intent and anticipates. Makes it a decision engine. Smooth map transitions thanks to Silverlight. Will be default on HP.

Sync will be big. Ford CEO to give us the scoop tomorrow.

7:26: Blio reader software for books on PC. Interactive textbooks to take tests and see how things work in motion. Book reads itself.

7:33: Windows Media center. Records 4 HD channels simultaneously with one cablecard. Scrolls through web sites and more while TV runs in the background. Runs into a glitch that requires a restart of wmc and keyboard. Showing off Internet TV feature. Seeing home videos. Turns out Ryan was the guy in the mascot outfit. Light chuckles. IMs brother from within wmc.

7:43: New PC form factors: Here’s the HP slate! Running Kindle app. Not showing us a whole lot. No specs. will need to catch it on the floor

8:09: Recapping the main points. Project Natal changes all the rules. Challenges us to imagine what’s next. 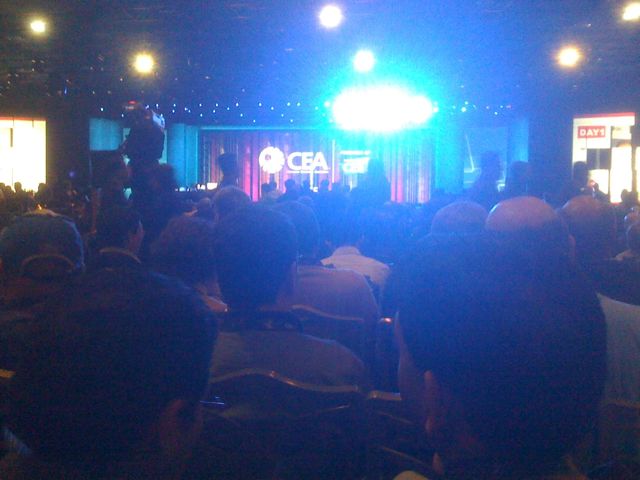 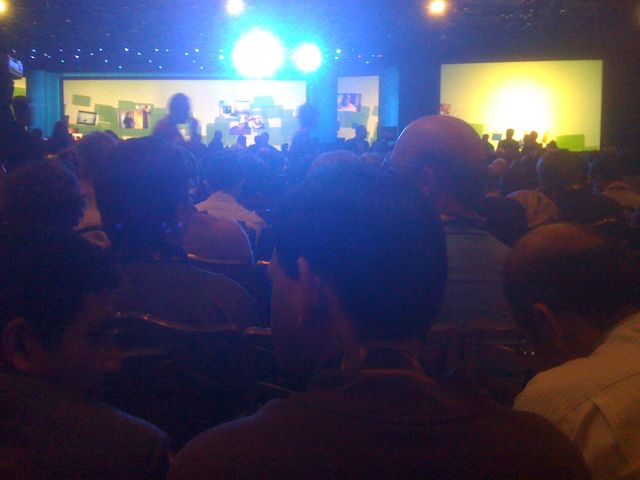 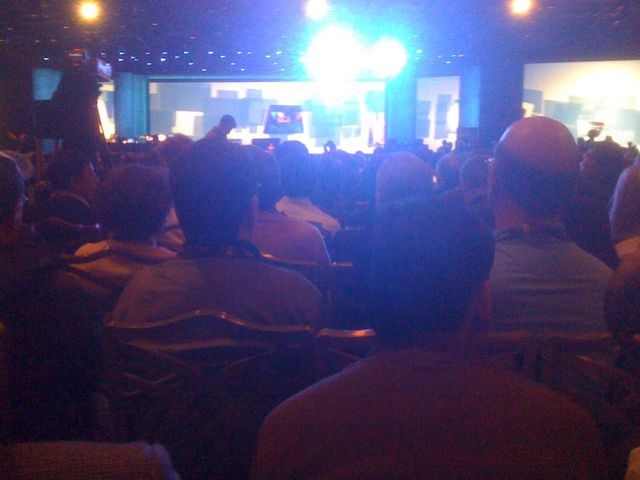