HzO announced a new method of waterproofing electronic devices called WaterBlock that coats the internals of the device with a waterproof coating. The Utah company found a way to keep your device from shorting out even if the shell of the device fills up with water after being submerged in water. As their promotional video explains, kids happen, and splashes happen, but they don’t have to destroy your electronic gadgets.

We’ve seen waterproof phones and tablets at CES 2012 already. Instead of sealing the housing to protect the electronic guts of your device or putting it in a special casing, HzO’s WaterBlock coats the electronic components so that you don’t have to worry about getting your iPhone wet. The logic board, transistors and batteries have the coating applied to them so that each element of the phone is protected. 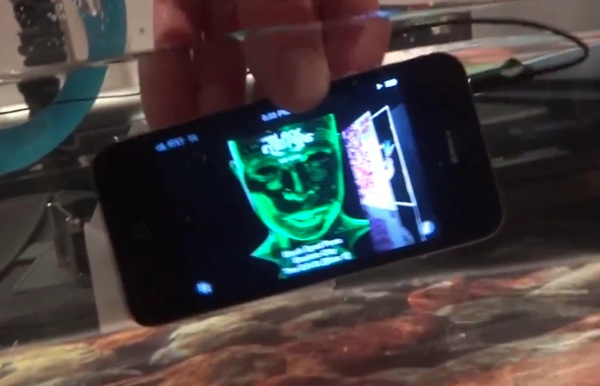 The device manufacturer would have to add the WaterBlock to the device while making it. HzO tried to come up with a retrofitting system that consumers could apply or HzO could apply for them, but it didn’t work as well.

HzO came about by necessity when a man drowned, unable to call for help with his soaked cell phone and emergency radio after falling into the Mississippi River. The makers of HzO WaterBlock promised to find a solution that would save the lives of people like that man. They claim to have done so.

The following video shows an iPhone retrofitted with the technology being put into a container of water while the phone is still running.

I once took my cell phone swimming with me and forgot to remove it from my pocket the day I bought it, and my son once had an iPod Touch hard drive go bad after it got wet. If Apple and Samsung used this technology now, we’d have no more need for the little white moisture detector the put on the device to prove you screwed up your phone by letting it get wet. I’d worry less about when it sprinkles outside when I walk to work with my iPad in tow.

No telling if or when manufacturers will adopt HzO’s WaterBlock technology. Their is hope, because the company claimed it would not add much at all to the manufacturing costs.