The party in Las Vegas at CES 2014 continues with everyone and their mother touting some sort of new wearable device, curvier TVs and smartphones, and other new gadgets and services that everyone hopes will catch consumers attention between now and the next holiday shopping season. The hype machines and the parties are in full swing as the big show really starts to kick into high gear today. But there are clouds on the horizon in Vegas and a chill in the air that isn’t descending from the Arctic Circle. 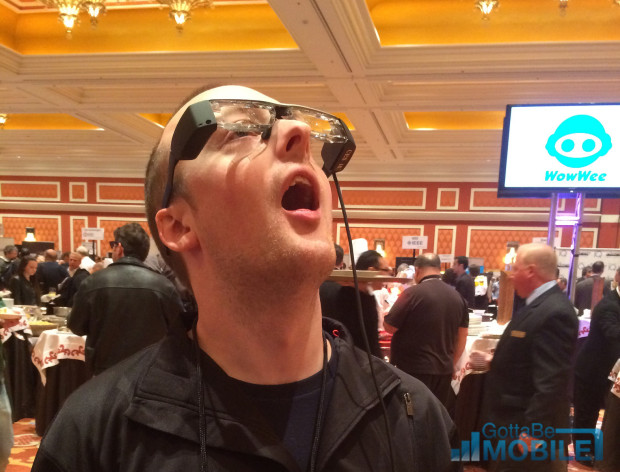 The consumer electronics industry is facing a year where there is an expected down turn in revenue. You would think that would be information that insiders know but don’t talk about publicly at coming out balls like CES 2014, but apparently during one of the keynotes at CES 2014, the director of industry analysis at the Consumer Electronics Association, Steve Koenig, talked about research predicting global consumer spending on technology will drop this year to $1.06 trillion. That’s a decrease of about $13 billion from last year. And these predictions come after 3% growth from 2012 to 2013, when 4% growth was forecast.

Ouch. No wonder everyone seems to be marking time by releasing smart watches. There are obviously a variety of reasons that these kind of predictions make sense. We’ve reached a stalling point with smart phone, Tablet, and other mobile device growth as there really is no “big new thing” to drive the market forward. Prices are coming down on existing lines because, well, everyone who can afford one of the current crop of mobile devices is already a customer, and the ones who need to be seduced can’t afford them.

Also, when Apple, and others, release hardware that is somewhat future proof (this year’s iOS devices that contain the 64 bit A7 chipset) and more forward looking than full of goodies for today, it is an indication that beyond the spec bumps and different sized form factors there isn’t much that we can squeeze out of the current paradigm. Another hint that things are slowing down? When big consumer focused companies like Samsung start talking about gaining traction in Enterprise and business markets with their newer devices.

My sixth sense has told me for quite some time that this wave of wearable computing solutions  is going to have trouble in 2014 and possibly 2015. The move into wearables almost feels like one of desperation. And let’s face it, in addition to seducing consumers to wear things on their faces, wrists, ankles, or in their clothes, this new wave of tech is going to suffer once folks realize they have to charge up the devices on a regular basis. Not to mention the social implications of a culture trying to figure out of these things are good or evil, much less acceptable accessories for the fashion conscious.

CES 2014 is beginning the year with a big bacchanal as it always does, full of promises and full of promotion. But with a CES exec telling the assembled multitudes in Vegas that we’re in for a downturn as the party kicks off, it’s as if someone told the folks at Burning Man that there were no matches allowed.