Siri is one of the standout features of iOS, and Apple has been continually improving it since they debuted it with the iPhone 4S two years ago. This time around, with the launch of iOS 7, Siri received a handful of new features, including the ability to recognize new voice commands and check more sources, such as Bing, Wikipedia and Twitter, as well as choosing a new voice, along with the availability of more languages.

Previously, Siri only came in one female voice, and options were fairly limited before iOS 7 rolled around. Now, Apple has added the option of choosing either a female voice or a male voice, and they’ve added more languages to the heep. Here’s how to access the new features and customize Siri, because Siri doesn’t tell you how to do it, sadly. 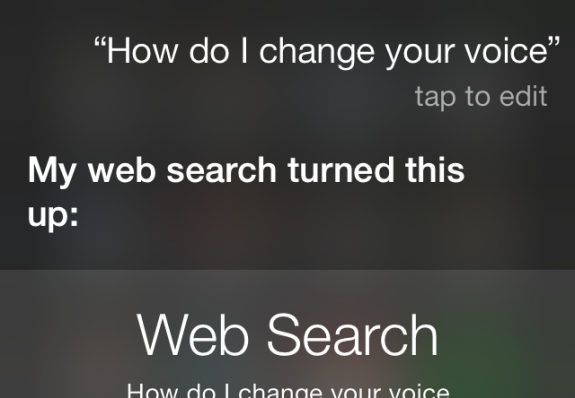 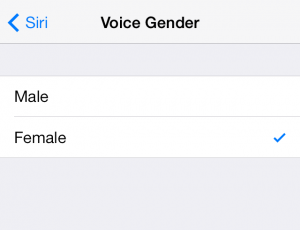 If you’re tired of the default Siri voice and want to change it to the male voice, simply just open up the Settings app and navigate to General > Siri. A new window will open with different Siri options to choose from. Tap on “Voice Gender” and then select “Male.” It doesn’t give you a preview of what it sounds like, so to see if you like it, just boot up Siri by holding down the Home button and asking it a simple question in order to hear a response. You’ll then be able to decide whether or not you like the new voice.

If English isn’t your first language and would rather interact with Siri using a different language, tap on “Language,” which is located in the same window where you tapped on “Voice Gender” (it’ll be right above that). From there, you’re given a huge list of languages that you can use for Siri. However, it’s important to note that not all languages are available in both a male and female voice. Some languages, like UK English, are only available in a male voice.

Furthermore, some of the languages aren’t as fluid-sounding as the English version, but that could be because Siri’s native language is English to begin with. Even then, I found the female voice to be more fluid than the male voice, but it might just be that I’m so used to hearing the female voice, that the male voice is just a little surprising at first. In any case, experiment with the two different voices, and if you know other languages, it’s always fun to play around with Siri by shouting commands in different languages.