When Apple announced the iPhone 5 last week it also debuted a few expensive adapters to connect the new Lightning-port to 30-pin cables and accessories. Some third-party companies already have their own cheaper adapters for users who don’t want to buy Apple’s $29 or $39 adapters.

According to 9To5Mac a few companies already have third-party Lightning adapters available on Amazon.com. The adapters start at $10, or about a third of the price of Apple’s least expensive adapter. The adapters come from Nanotch and iTronz. 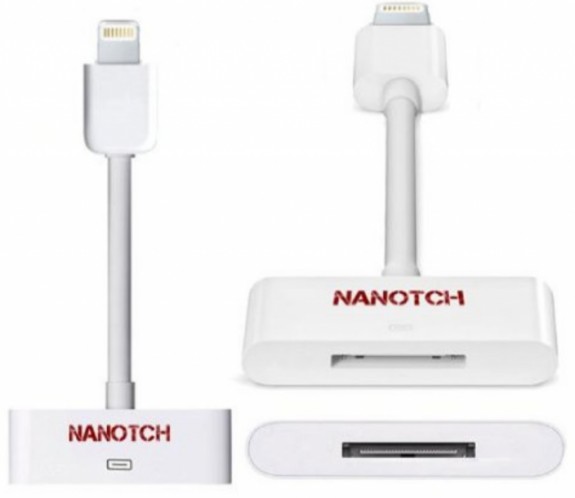 Nanotch sells an adapter cable on Amazon for $10. The cable looks very similar to Apple’s, and should theoretically perform the same functions at a fraction of the cost. Nanotch’s cable is 20cm long, the same length as Apple’s cable. The only difference between the two that we see is Nanotch’s 30-pin connector end is much thicker than the one Apple sells.

While Nanotch has a cable iTronz has a third-party version of the Lightning to 30-pin adapter with no cable. The iTronz adapter looks very similar to Apple’s adapter with an iTronz’s logo (if you can call it a logo) just beneath the Lightning port. It sells for $9.99 on Amazon.

After spending at least $200 on the iPhone 5, the $29 or $39 for Apple’s official adapters isn’t all that much to make the new phone work with old accessories.