The iPad mini 2 isn’t the only iPad we may see this fall. Rumors of a cheaper iPad mini flowed throughout the last year and the iPhone 5c shows Apple’s willingness to use older hardware in a new colorful shell to appeal to a new user base and better compete with mid-range Android devices.

With an iPad event scheduled for October 22nd, the time is ripe for new iPad models. We fully expect to see an iPad 5 with a smaller iPad mini design and an iPad mini 2 with a Retina Display arrive at the event, but there is also a possibility that Apple is planning a cheaper iPad mini to join the lineup.

Apple’s product lineup grew in 2012 and 2013 to accommodate multiple price points. The iPad 2 stayed on when the iPad with Retina arrived and again when the iPad 4 arrived to offer a cheaper device. The iPod touch 16GB arrived without a camera to offer a more attractive price. Most recently the iPhone 5c release delivered a cheaper iPhone that consumers view as new thanks to a colorful plastic shell, but it actually uses most of the same tech as the iPhone 5. Retailers are already using the iPhone 5c as a cheap iPhone with prices dropping as low as $45 just weeks after release.

“our north star is great products … We wouldn’t do anything we considered a cheap product. That said we have done things to appeal to people more price sensitive.”

Cook explains that Apple doesn’t look for ways to “cheapen” a product, but instead to deliver an Apple experience in a different concept. 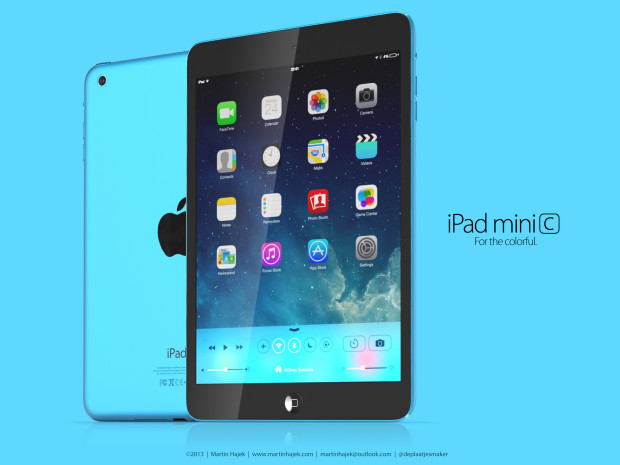 A cheaper iPad mini c could be Apple’s play to take on the Nexus 7 and new Kindle Fires. Concept by Martin Hajek.

Cook’s vision and Apple’s actions in the last two years line up with rumors of a cheaper iPad mini which could help Apple better compete with the Nexus 7 and Kindle Fire, just like the iPhone 5c is helping Apple take on cheap Android phones.

The iPad mini currently starts at $329 for a 16GB WiFi only model, though Apple sells refurbished units for as low as $279. Before the iPad mini launched in 2012, consumers believed a price below $300 would be the best fit according to a survey by PriceGrabber. A separate survey from TechBargains delivered similar results.

Up until a month ago popular opinion suggested Apple would drop the price of the current iPad mini without a Retina Display to become a cheaper iPad mini, but with the iPhone 5c strategy in play there is case for an iPad mini c style device. 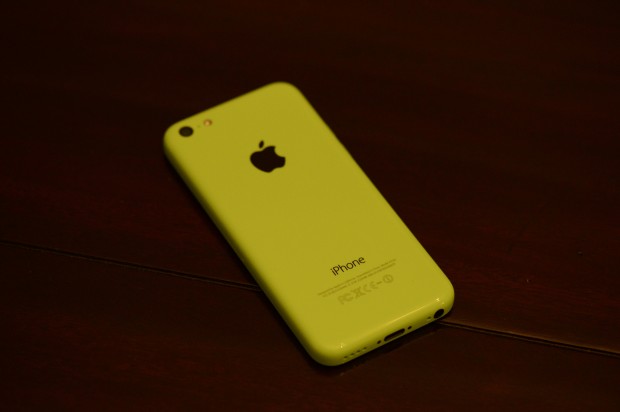 Instead of using the same aluminum body as the iPad mini 2, a cheaper iPad mini could arrive in the same colorful plastic hues as the iPhone 5c, offering a slightly more durable device and cost savings for Apple.

According to industry estimates the iPhone 5c costs 19% less to make than the iPhone 5, despite using nearly identical internals. By opting for last year’s internals and a plastic design Apple’s cost to manufacture the iPhone 5c drops $33, or about 20%.

If a colorful cheap iPad mini with a plastic body arrives at $249 running iOS 7 and offering access to the large catalog of tablet apps on iOS the fight with the Nexus 7 becomes incredibly fierce with a $20 price difference. Like the iPhone 5c this does not arrive as a cheap iPad mini, but as the colorful option.

In this example, the current iPad mini goes the way of the iPad 3 and the iPhone 5, hitting clearance racks at retailers before dropping off Apple’s website to make room for a slightly newer, more affordable iPad mini with color options.