Everyone’s been paying attention to the very public disagreement between The New York Times and Tesla, but the real news is that in 2012 the all-electric Nissan Leaf was outsold by the range-extended Chevrolet Volt. With 30,090 units sold in 2012 that more than tripled the Volt’s 2011 sales. Growth of plug-in electric vehicles has been slow, due to factors like range anxiety and availability of recharging stations, but the Leaf became an even stronger contender in 2012 with huge incentives and attractive lease deals.

The appeal of the Chevrolet Volt, though, is that of a range-extended electric vehicle. This means that when the battery pack is low a gasoline motor takes over to recharge the battery. This virtually eliminates range anxiety but continues reliance on gasoline for longer trips (the Volt’s electric only range is approximately 35 miles). 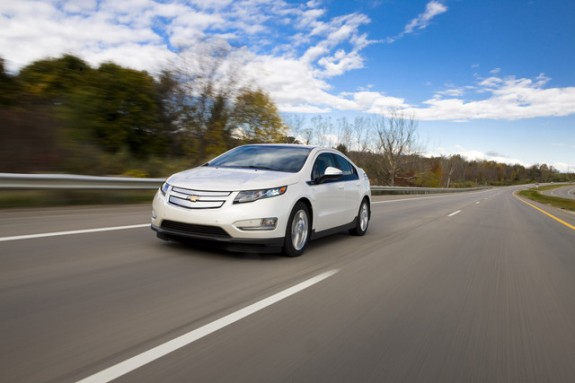 Toward the end of last year, both Nissan and Chevrolet offered compelling lease deals for both vehicles, but the $199/month option on the Leaf was definitely designed to move cars. For $250/month an upgrade to voice activated navigation, LED adaptive headlamps and the ability to control the vehicle form a smart phone caught our attention as well.

In the global marketplace, the United States only accounts for 46% of all plug-in vehicle sales, which makes the Chevrolet dominance even more impressive. Nissan is the second largest manufacturer in Japan, where the population is fiercely loyal to their domestic brands and Leaf sales are strong. To hopefully reinvigorate the vehicle, Nissan also announced this week that they were putting the Leaf under the direct control of Nissan’s chief operating officer.

Despite Chevrolet’s success they are feeling pressure from the longer-range EVs like the Tesla Model S, and are planning on a 200 mile range vehicle to help compete.