Last night, Microsoft threw a party at 10 of its U.S. stores for the Surface 2 launch of its next generation Tablets. I headed out the Chicago area location in suburban Oak Brook, Illinois to catch the party and see how much excitement Microsoft could generate here locally about the new Surface Pro 2 and Surface 2, the latter being the Windows RT 8.1 variant. To make the event a big deal, Microsoft invited former Chicago Blackhawks hockey star, Chris Chelios to the event to sign autographs, and hosted contests (games played on Surface Tablets) from which a lucky winner was chosen to fly out and catch the recording artist, Pitbull, in concert tonight in Florida with VIP accommodations along the way. To call it a party is an accurate description. To say the majority of the crowd was eager to see the new devices would be a stretch. By my count the crowd of maybe 200 was weighted a bit more towards getting a Chelios autograph or winning concert tickets than it was interested in Surface devices. Of that 200 or so, at least 30 were employees or members of the event staff. 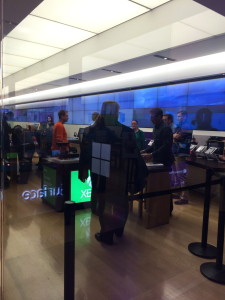 That’s not to say that there weren’t folks at the event interested in a Surface Tablet. Those who pre-ordered had to endure the festivities that began at 10pm to get their hands on the devices at the stroke of midnight. Those who came hoping to buy a device had to wait until the pre-orders were delivered before being allowed to purchase a new Surface. Given that there were probably about 35 or so folks in the Microsoft Store interested in the Tablets, I believe there was enough stock for everyone to go home happy. At least it seemed that way as I headed home in the wee hours of the morning.

The Microsoft Store and event workers handed Powerade and sandwiches to those waiting in line, but given that this was the first really cold night in the Chicago area of the season, most folks preferred to keep their hands in their pockets or use them to hang on to their hockey sticks that they brought to have Mr. Chelios autograph. There was music, dancing, and generally a party atmosphere that seemed to wind down quickly once all of those interested in playing the games in hopes of winning a concert ticket had completed their gaming. The Store set up five games, all of which were played on Surface Pro 2 Tablets that offered participants a change to go hands on with the Surface as they played. Based on my viewing, most contestants had never touched a Surface before and the game handlers had to do some careful explaining when it came to the drawing game on how to use Fresh Paint to draw and color the images. Swiping down to change pen colors confused quite a few of the contestants. 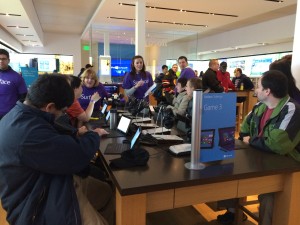 A gaming station at the Microsoft Surface Launch

By about 11:20 or so the games were complete and some who came for the concert tickets, knowing they had low scores, had already headed home into the chilly night, as had those who came for Chelios autographs. By the time Surface Tablets went on sale things had wound down considerably except for the poor DJ who was still calling out numbers and searching for prize-winners who had long since left.

This was my first experience in a Microsoft Store, and even given the party atmosphere, I have to say I was impressed. As many have already stated Microsoft has followed Apple’s lead in how these stores are designed. It was tough to tell how much product is normally on display given that some of the tables were used for gaming stations for the event and not product display. Curiously, most of the Surface Tablets on display were the Pro version. I had to search quite a bit to find a Surface 2 (or Surface RT) displayed. There were also Tablets, Ultrabooks, and all-in-ones on display from Sony, Asus, and Lenovo, along with Windows Phone variants. The 3D printer on display seemed to attract most of the curiosity seekers. Not all of the devices on the floor were running Windows 8.1 yet, though the majority were.

Listening and conversing while standing in line I discovered that quite a few folks at the event had come through some sort of connection with Microsoft or contractors that Microsoft uses. One gentleman is paid by a company to demonstrate Surface Pro Tablets at various functions and told me that while people showed initial interest, it was a challenge to get them stay with the demos he offered for very long. According to him, most were not interested in Windows 8. He is a die-hard Surface advocate. Later, I did see some folks drop some considerable coin on Surface Pro 2 Tablets and accessories once devices went on sale. One gentleman who came to purchase a Surface 2 walked away disappointed and confused because he couldn’t get a satisfactory explanation of what the difference was between the Pro and RT variants. He wanted “real Windows for that $499 price.”

For the curious, I did pick up a Surface 2 (the RT 8.1 variant) at the end of the night and am looking forward to see how much difference there is from the original Surface RT. You can read my review of that original Surface RT here. 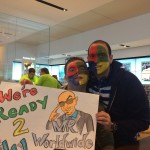 These guys came for the contest and Surface Tablets. 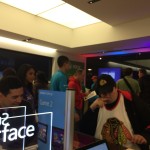 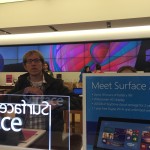 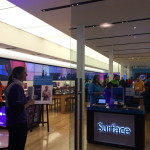 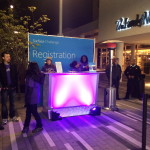 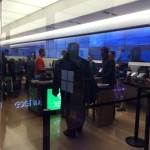 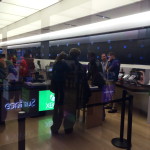 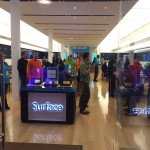 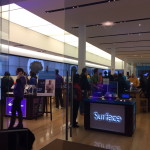 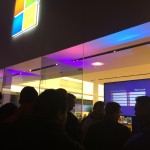 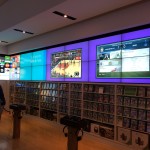 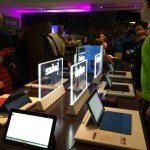 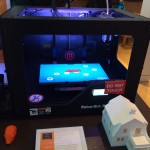 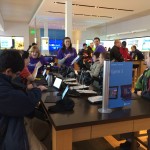 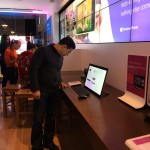 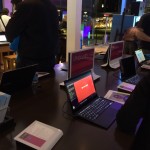 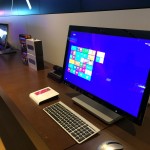 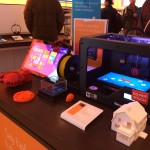 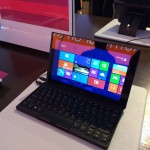 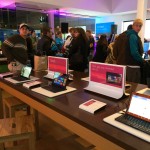