Earlier this year at the Consumer Electronics Show, the sliding PC concept garnered a lot of attention as the design was implemented on tablets from Samsung and Asus. First popularized on smartphones from HTC and Nokia, the sliding PC tablet concept had been implemented in the past, with a tilting screen, by HTC via the company’s inaugural Windows tablet debut with the HTC Shift, a device that closely resembles the HTC Arrive on Sprint, nee HTC 7 Pro, and sports a large touchscreen on the front that slides up to reveal a keyboard and tilts forward to give a good viewing angle. Now, that form factor is also used in an un-named device made in China with a more affordable price tag. 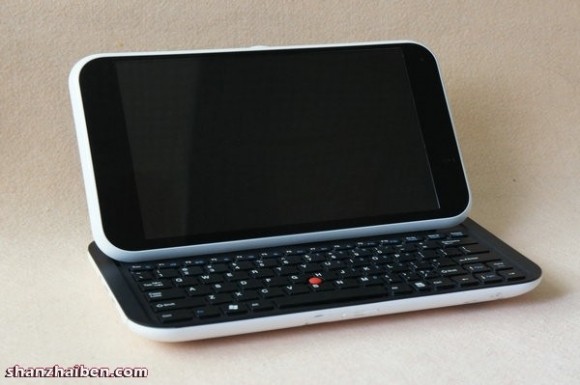 Here’s the Samsung Slider 7 Windows 7 tablet that was shown off at CES 2011:

And the Asus Eee Pad Slider running on Android: