Apple is widely believed to be announcing a 4G LTE iPhone 5 later on this year and it appears chip makers are gearing up to produce 4G LTE chips for the next-generation iPhone.

According to DigiTimes, which is extremely hit or miss, chip makers Qualcomm and Broadcom are currently in the process of making 4G and Wi-Fi chips at Taiwan Semiconductor Manufacturing Company. The companies are apparently using a 28-nanometer process.

Qualcomm, in the past, has been rumored to be the manufacturer of the new 4G LTE chip for the iPhone 5. Broadcom is rumored to be making the Wi-Fi chip. 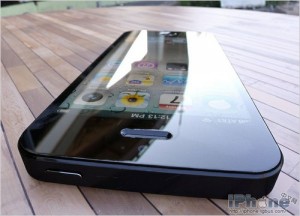 A possible look at the iPhone 5.

Again, the report should be taken with a grain of salt considering the source but it’s not out of the question that companies are gearing up to start manufacturing parts for the next iPhone if it is indeed launching in the fall of 2012.

Apple is heavily rumored to be upgrading the iPhone 5 with 4G LTE data speeds now that the iPad features those same speeds. That means that the next iPhone might pull down data speeds that can reach up to 10 times faster than typical 3G.

An example of this can be seen in the video below.

In addition, Apple is rumored to be making a thinner iPhone that might employ a bigger 4-inch display. All previous versions of the iPhone have come with a 3.5-inch display but with demand for a larger screen at an all-time high, the company might be considering going with a change.

We’ve also heard that it might come with an upgraded FaceTime HD camera.

Of course, no one knows exactly when the company will make the announcement.

There is speculation that it could be at an event in September but because Apple launched the iPhone 4S in October, many believe Apple will stick to its cycle and release the iPhone 5 in October.