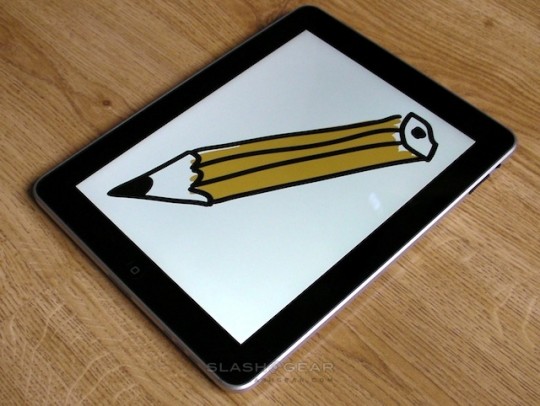 Chris Davies of SlashGear has penned a post on why he thinks the stylus and Digital Inking isn’t dead. Leaping off from Steve Jobs’ famous quote, “It’s like we said on the iPad, if you see a stylus, they blew it.”

Chris does a good job of distinguishing between what an active digitizer and stylus can do versus the throw-ins that come with a lot of devices from Windows Mobile phones to convertibles with resistive digitizers. (He calls those plastic toothpicks and I agree.) The rest of his analysis hinges on what we know now versus what we know now about pens, UI, and all things Tablet. While I can argue with some of his reasoning, I can’t argue with the premise of his thesis.

Consumption devices versus devices that allow for creation don’t easily allow for advertising revenue. Apple’s iAds program tells us a lot about how it sees the iPad/iPhone/iPod Touch platform in the long run, and Microsoft made that an institutional priority some time ago. That has an affect on where the development dollars go.

Call me crazy, but when Steve Jobs seems ardently opposed to something it usually means somewhere deep in the recesses of Apple someone is working on what he says he’s against.