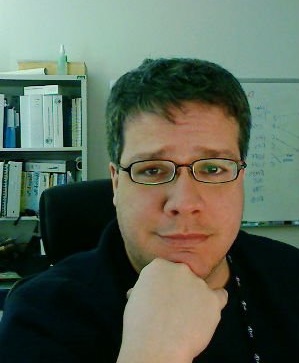 I live in Farmington, Michigan with my wife and two children, my twelve year old son and three year old daughter. I was raised by a lawyer / FBI agent father, and an artist mother, leaving me with a strange combination of the technical and the artistic. I love reading, and write as often as possible. I’m in process of trying to complete my first fiction novel, which I hope to try to publish in the next year. My younger dreams of being a rock-star died pretty early, but I still enjoy playing guitar from time to time. I’m tremendously interested in cars and speed, sure it’s a bit clichÃƒÂ© being in Detroit, but I was born in Boston.

The first questions anyone reading might ask is who I am, and what authority do I have to comment on our gadgets, tools, and technological interests. A short history; For the past ten years I have been the director of technology for a multi-national tariff and trade consulting firm that specializes in managed services. My teams design, implement, and oversee our global infrastructure, communications, custom development, and of course mobile technologies.

The decade prior I founded and ran a consulting firm in Michigan, specializing in technological translations of business process; in other words real-world tools to help the humans work more accurately and efficiently. Prior to that was a job as a data architect, a stint at Blockbuster Video, and college where my studies were on point for my future career; comparative literature and English.

My technological passions lie in the human technology interface. Not simply user interface design, but the entire tactile, visual, intellectual, and operational interface. I believe in striving to realize Arthur C. Clarke’s third rule when I approach a problem where technology is a solution; Any sufficiently advanced technology is indistinguishable from magic. Nowhere in our industry do we strive for this more than within mobile technologies.

For full disclosure, I must admit I’ve also been known to be giddy over a new complex data visualization, the latest TED talk (go watch the talk on siftables), just about any new piece of literature, or the industrial design of a new gadget regardless of how well it accomplishes its task.

In general I eschew the label of nerd, but contently embrace the concept of geek chic. I believe you can learn a lot about anyone by the contents of their briefcase or gig bag. To wit, the following travel with me everywhere;

Finally, if I dig deep enough I do find a pen among the handfuls of change thrown in when going through airport security. Apparently technologies have not converged enough, or the nostalgic in me needs a pen handy.