The  Google Chrome Cr-48 is all about cloud computing, so it shouldn’t come as much of a surprise that it doesn’t have a ton of ports to plug in peripherals that would tether you to a desk. In this part of our multi-part review, we’ll give you a brief port tour and share some close-up shots of the device. 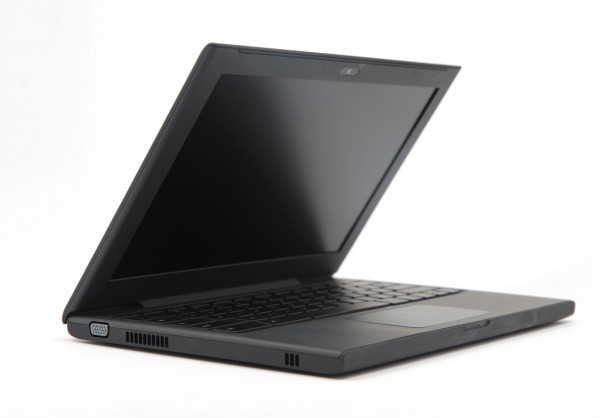 The Google Chrome Cr-48 has fewer ports than just about any other clamshell device we’ve seen recently. There are tiny tablets with less ports, but we’ve come to expect more input/output options out fo anything with a clamshell laptop form factor, even netbooks. 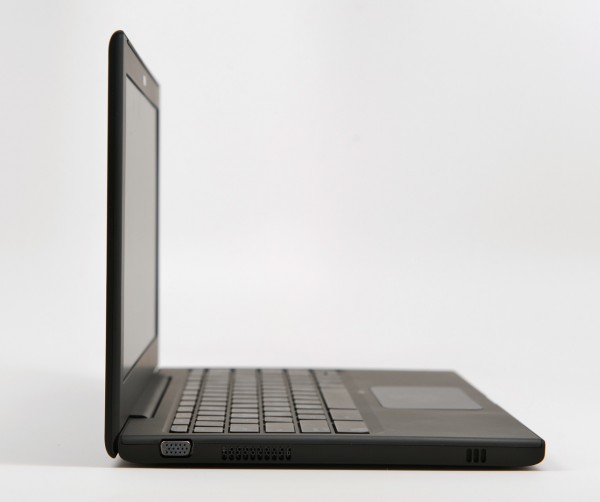 On the left edge of the Cr-48 there’s a VGA port, a cooling vent and the left speaker. The face of the VGA port is flush with the edge of the notebook. The vent is relatively small due to the fact that the Intel atom processor and other components don’t generate much heat. There’s also a vent on the bottom of the Cr-48. 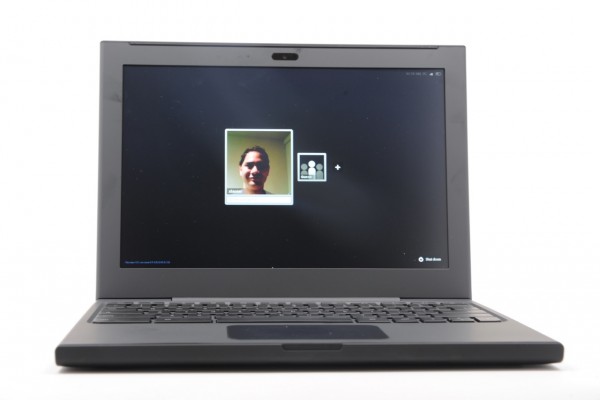 The front edge of the Cr-48 is as plain as it gets. No IR ports, no LEDs. There’s a small cutout designed to make it easier to lift the lid of the notebook from a closed position. Above the display is a webcam and microphone. Neither are spectacular. A video call to my friend Avram Piltch from Laptop Mag was dark and there were numerous audio issues. In a normally lit room, our faces appeared dark. You can get a sense of the webcam’s performance by taking a look at my glamorous profile photo above. There were delays in Google Talk that caused both of us to be able to hear our own voices occasionally. 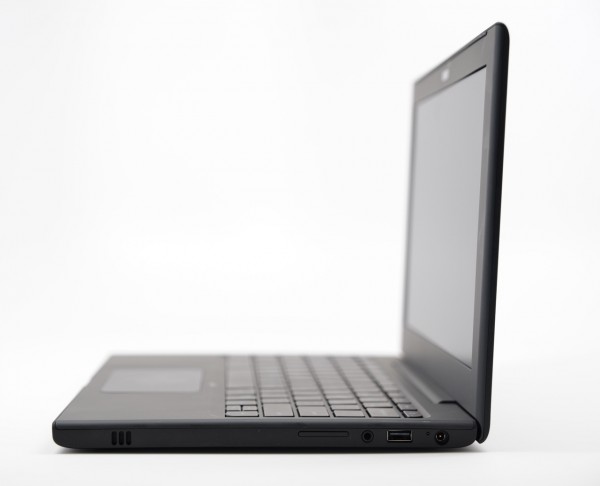 At the rear right edge of the Cr-48 is a power input and a LED that glows amber when the battery is charging. To the left of the AC port is the Cr-48’s sole USB port. There’s an SD card slot next to the USB port that is thankfully full-sized, which means SD cards will fit all the way in the slot. Towards the front of the machine is the right speaker. 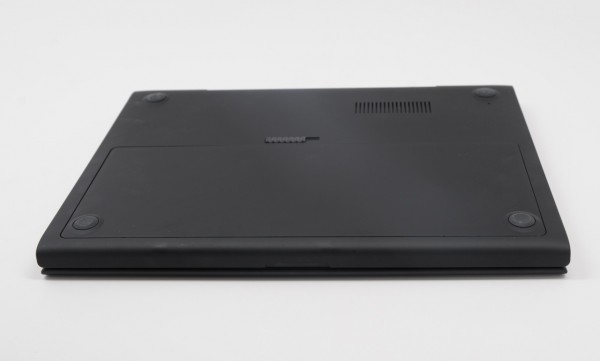 The bottom of the Cr-48 is dominated by the battery, which takes up about 60% of the surface area. There’s a small heat vent and four rubber feet to grip slick work surfaces. 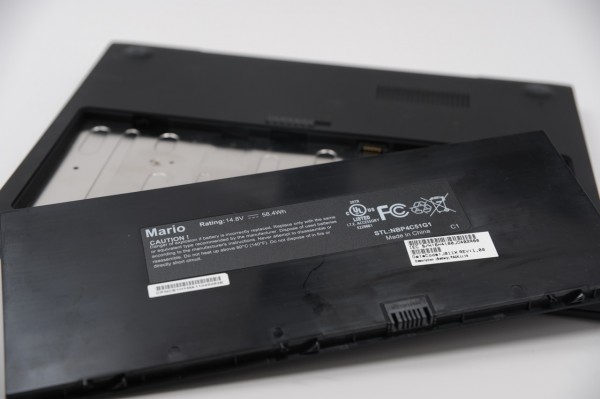 Battery life is obviously very important for a cloud device like the Cr-48. The battery is rated at 58.4Wh and uses flat lithium-polymer cells rather than the cylindrical lithium-ion cells found in most notebooks. 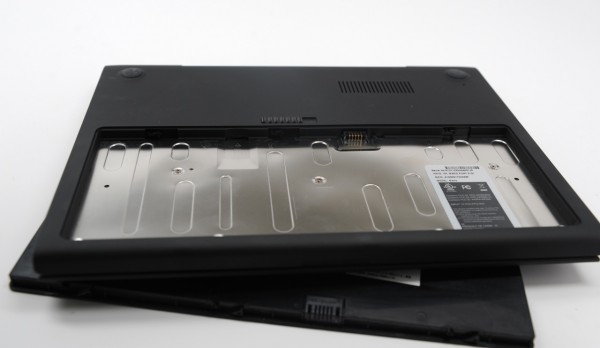 There’s a single latch to release the battery. Beneath this latch and slightly to the leftis a SIM card slot that’ll hook into the Gobi module. You can see a small arrow engraved in the metal near the edge of the battery bay in the photo above. Beneath the battery is a tag that indicates the serial number of the Cr-48, FCC information and the MEID. The Cr-48 model name is ‘Mario.’ 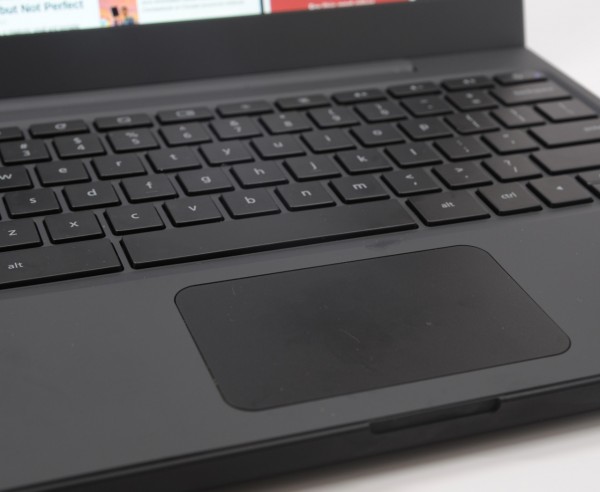 The Cr-48’s trackpad is nice and big, but it it’s a little stiff for those that want to use the single physical click button. I prefer just tapping my finger on the surface instead of pushing all the way down. 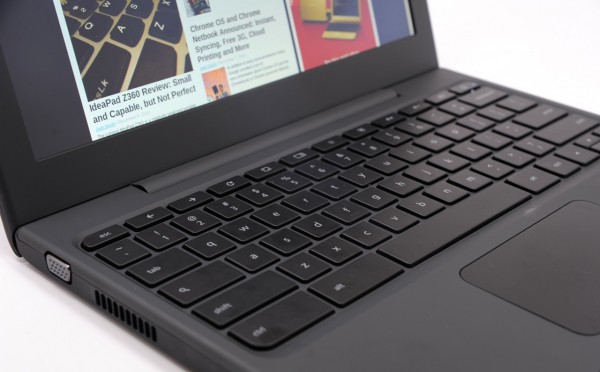 The island style keyboard is comfortable enough to use, but my brain still isn’t wired to the giant ctrl and alt keys. The keyboard design and layout is very similar to those found on Apple’s MacBook line. There’s also a jumbo search button where a caps lock key normally resides There are no function keys. Instead, the top row has a series of browser shortcuts, media controls, volume up/down and screen brightness up/down. 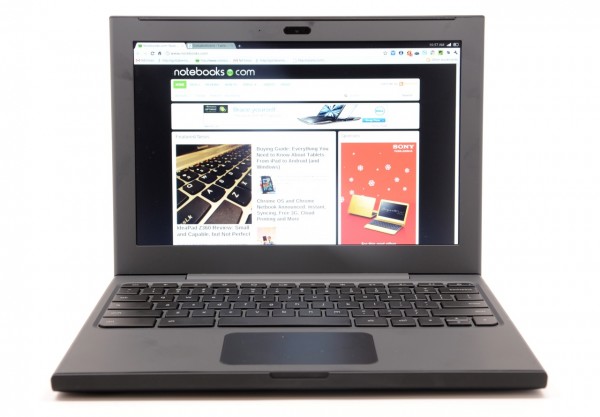 The Cr-48’s matte display is nice and bright. While the Cr-48 will not be sold to consumers, I hope future Chrome notebooks steer clear of glossy displays. With built-in mobile broadband and mobility being stressed, it’s important to have a display that can go anywhere. High brightness and an anti-glare finish are the two most important ingredients for a mobile display. 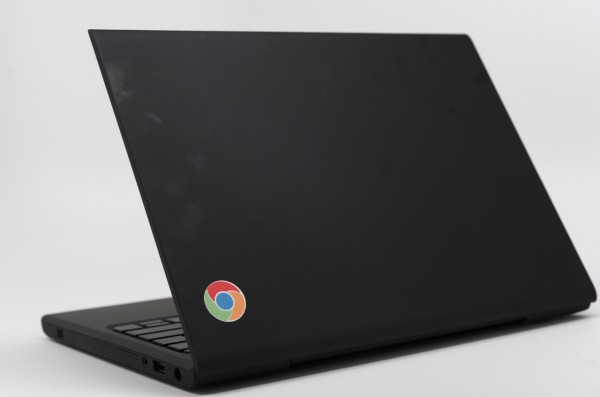 The rear of the Cr-48 doesn’t have anything going on at all. The lid of the notebook is completely free of any branding or markings. It just didn’t feel right to me, so I slapped on a Google Chrome sticker that I picked up from Google.

The entire notebook has a soft rubberized finish that feels great. While it’s not a gloss monster like most consumer notebooks, you will need to wipe it down from time to time. In the above photo you can see a few fingerprints on the lid above the Chrome sticker. 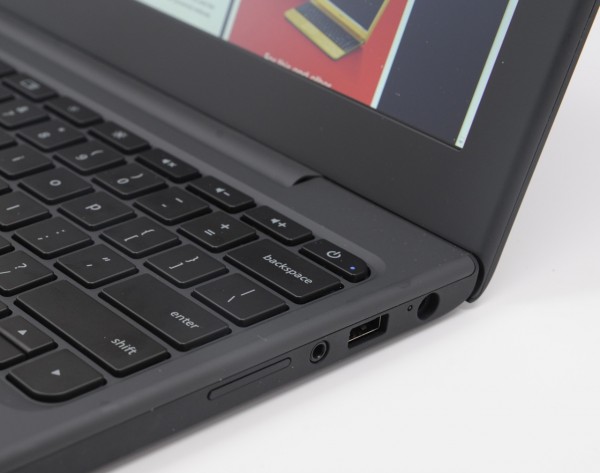 So how’s life with just the above ports? Not too great to be honest. I tried to write this article on the Cr-48, but had to switch over to my MacBook Air. I popped in my camera card adapter with a CompactFlash card and while I could browse the card’s file structure using Aviary, I couldn’t see any of my JPG files. Others have reported issues with the USB port not being much good, except as a battery charger and so far I have to agree. VGA is on its way out and it would’ve been nice to have a digital video output instead.

I’m sure Acer and Google’s other partners will have much more polished products when the Google Chrome OS consumer push begins in the middle of next year.