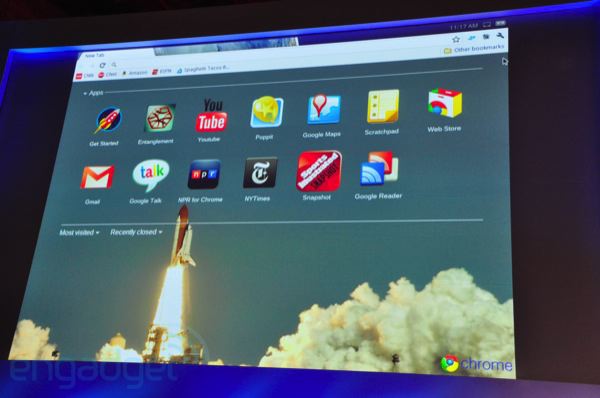 Google today announced specific details and demoed its Chrome OS, which the company is pushing as an alternative OS on low-cost netbooks with cloud-based synchronization and Web apps.

The highlight of the demo is that it takes just four steps and less than a minute to boot up Chrome OS; additionally, the OS can resume from sleep almost instantly, making it a rival to smartphones and tablets. Google says that the bottleneck in even faster boot up times comes from the user–and not from the OS! According to Google, start up and resume times can be faster if users moved their hands faster to get things up and running.

Chrome OS can support multiple user accounts, and a guest account that will run in “Incognito mode” with encrypted user data.

The OS is stored on ROM memory, and so the prospect of rooting, or jailbreaking, Chrome OS like on Android is pretty much a no-go.

Applications can also be used in offline mode, and then synchronized with the cloud in the presence of an Internet connection. However, HTML5 apps that are created must be coded with offline capabilities. Printing will be done via Google Cloud Print, which will allow users to print to their home printer from anywhere. There will also be a Chrome web store for apps as well. 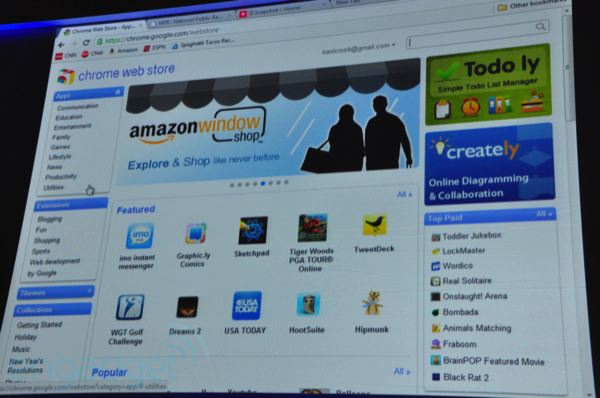 Chrome OS netbooks and devices will also be greeted, pleasantly, with Verizon‘s gratis 100 MB per month of mobile broadband access along with other plans, starting at $9.99 per day for unlimited access sans contract.

With simple data plan pricing, instant on capabilities, and fast operation time, it seems that a Chrome OS netbook may be positioned as an alternative to slate tablets.