Not even Microsoft’s Metro environment for Windows 8 is safe from Google Apps. At least, that’s if the company ever officially releases the changes it’s made to the Chrome Web Browser.

New builds of the Chrome Web Browser released to expert users over the last few weeks seem to exploit one of the loop holes for Windows Store Apps. While most applications are required to be coded in a way that limits their abilities, the latest builds of Chrome take advantage of special rules that grant web browsers access to the Charms and other features of Windows 8. 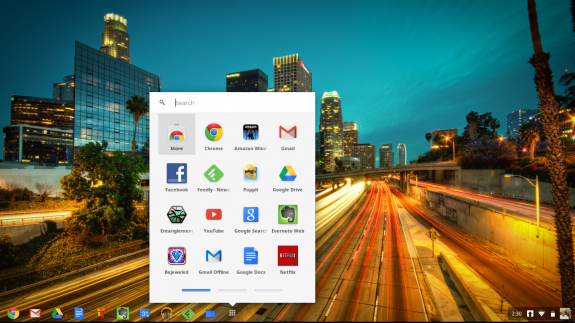 With the application installed users could potentially get around Microsoft’s Windows Store applications, only using Chrome Apps on their desktop, laptop or tablet. That strategy isn’t all that dissimilar from Chrome Apps, the new application ecosystem the company announced in early September.

Windows desktop users can install new Chrome Apps that interface directly with the hardware features and storage of their device. Unlike other web apps, these new types of applications can run even when a user is offline.

All told, it seems Google is trying to do to Windows what Amazon has done to Android: piggy-back off of it in the hopes of locking more users in. Although Kindle Fire tablets run Android, Amazon ensures that users stay in its ecosystem by building its own apps to supplement or outright replace Google’s.

If Google is successful, the company could succeed in de-emphasizing Microsoft’s dominance in operating systems. While devices running its Chrome OS operating system have managed to capture a small percentage of the low-end computing market, putting its operating system on as many Windows machines as it can is essential to putting Chrome OS on equal footing with Windows.