You know a mobile tech gadget has arrived when Tech Pundits start arguing over its worth in lengthy blog posts. That appears to be the case with the Google Chromebook. Chromebook naysayers have prompted some Chromebook advocates to push back in the debate. I have to admit, in my view the Chromebook is an odd duck of a mobile device and has been since we first heard about it. But I also have to admit on many levels and also with surprising cross sample of “regular folk” in my circles the Chromebook is making a lot of sense. The debate has turned into a “less is more” vs “more is better” argument. 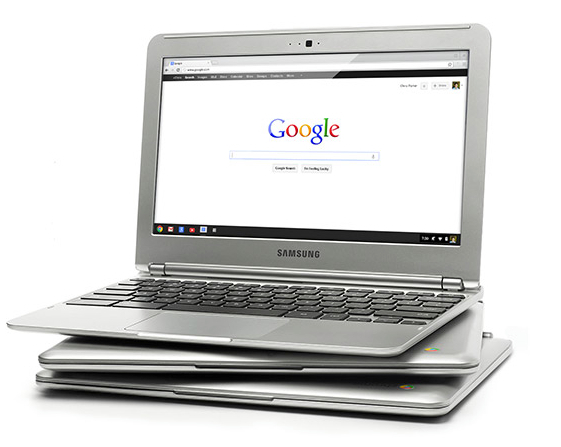 Here are the participants. Paul Thurrott kicked things off with a post called “Assessing the Chromebook Threat.” that contains a sub-head that says “Chromebooks are a joke but they benefit from good timing.” That was followed up by Larry Seltzer on ZDNet with a post saying: “There’s no good reason to buy a Chromebook.” Both posts make the same point. Why buy a browser only device that looks like a laptop when you can do the same and more on a Windows laptop or Ultrabook? At the other podium, Kevin Tofel of GigaOm weighed in with “The Chromebook Pundits are Out of Touch with Reality.” And James Kendrick of ZDNet put things in an appropriate context with “Chromebooks: Sometimes Less Is More.” If you are considering a laptop form factor device and have thought about a Chromebook I recommend you read all four posts.

Looking at the four posts several things strike me.

Chromebooks have an operating system that for all intents and purposes is a browser. As a platform there is an App ecosystem that can run within that browser. Google has been pushing things along and combined with its OEM partners has been advancing the platform and the price points and specs of Chromebooks.

Here’s the thing. I personally have only rudimentary experience with a Chromebook. The device category is not for me in how I work or play. That said, over the course of the last 9 months or so I’ve had five distinct conversations with friends, co-workers, and family who were looking to replace a notebook, asking for recommendations.  After the usual inventory drill to assess their needs, I’d give them several choices including the Chromebook. In all but one of those conversations no one had heard of a Chromebook before. In the one instance the individual had heard of it, his assumption going in was that it wasn’t a real computer.

After shopping around and comparing things, three of those inquiring ended up purchasing a Chromebook. All three are very happy with their decision. One ended up purchasing an iPad and a keyboard. Also very happy. The last ended up getting a tricked out gaming rig of some sort. I haven’t heard from him in awhile. I presume he’s lost in some game somewhere.

Certainly not a scientific sampling by any means, but it confirms, to me at least, what I’ve been seeing for quite some time now. Even with devices at price points that make them almost disposable, some consumers are taking better stock of what they actually need to do with a device than they used to. Let’s face it with prices lower than many smartphones and Tablets, Chromebooks offer an attractive value if it fits your needs. Less can often be more, if not more satisfying, but it all (and always) depends on what a consumer wants and needs to do.

Thurrott is correct that Microsoft finds it self surrounded and should view Chromebooks as a threat. It’s the same threat that netbooks presented and we all know how that went down for the folks in Redmond. Buggy whip manufacturers moved more quickly to meet a threat to their business.

When I’m asked for a recommendation I always offer a range of choices depending on what the questioner wants and needs to do. The beauty of the market we’re in right now is that consumers have a range of devices, form factors, and solutions to choose from. That might make it tougher for those on the selling end of things, but too bad. Just look at it this way. Two years ago, who would have thought we would see Microsoft giving away Microsoft Office  for free on devices?  Google and the way it disrupts helped lead to that and quite a bit more. Better yet, in that same time frame who would have thought that Microsoft would be giving away Microsoft Office for free on devices it manufactures and markets, that run Office 2013 reasonably well on what many still label as “not a real computer?”

I just think the definition of “real computer” and “real computing” has changed so significantly, that regardless of how any pundit, including this one, feels or reacts, everything is a no longer just a moving target but instead has become a missile that can home in and disrupt the best of plans. The good news, is that smart consumers who take the time to explore their options have more to choose from than ever before. When the pundits are debating the merits of this or that platform, than I believe the platform is something worth adding to your options.