The hit mobile game Clash of Clans has received countless updates over the course of the past few years, but more are coming soon to get rid of Clan War cheating, and all cheating. Here we’ll be going over a few details about Clan War cheaters, how to spot them, what to know, and what players can actually do about it. Not to mention cheating in general.

Users who play Clash of Clans daily and go to war often have probably seen it more than a few times. In fact, it’s a rampant and growing problem in Clash of Clans, one that needs to be fixed. Lately Supercell has added a lot to the game, improved War matchmaking and fixed a lot of bugs, but their next big task is dealing with cheaters.

The huge December Clash of Clans update changed the game forever. It was the biggest update in three years, and many of the changes were to get rid of cheaters. However, those didn’t address Clan War cheats, and instead focused on bots that keep the game online 24/7 so users couldn’t get attacked, or other things. Here we’ll be discussing Clan War cheaters, and what everyone needs to know about it. 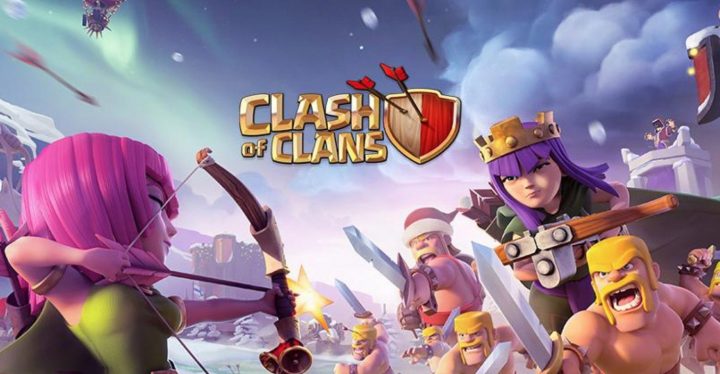 In one of our recent Clan Wars we faced a clan that was cheating to the max. All their bases were decoys during the 23-hour preparation period, and all changed minutes before war started. Now I do this too, in an effort to prevent the enemy from practicing on my base, or to make them brew an extra army and spend more resources, but once the war and attacks start is when the Clan War cheating truly begins.

Update: Supercell, the developers behind Clash of Clans made some major announcements this week regarding cheaters. Claiming they’ve taken big steps to deliver fair and balanced gameplay, and will take immediate action against cheaters. 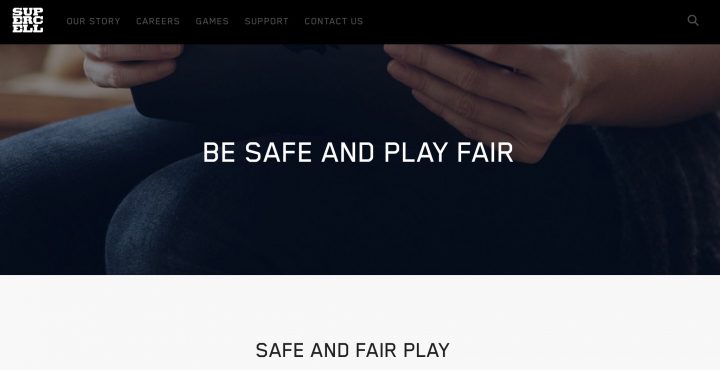 On April 20th, Supercell released the first small “server side improvements” update to help the company identify hackers, cheats, mods, and bots in Clash of Clans and Clash Royale. Their two most popular games. The update started rolling out last night and the changelog didn’t state anything specific. However, it’s aimed at spotting cheaters. Warnings are going out, users are being banned if they continue to use these hacks, and even forum members who’ve admitted to cheating have been banned as well. You’ve all been warned. Don’t be surprised if your account gets banned or deleted.

Any hacks, mods, bots, automation software or apps that are being used will get players warned, banned, accounts locked, and any action that is necessary. This isn’t a one-time move, but a continued effort to keep the game clean, fun, and fair. Read on for more details about other upcoming updates aimed at fixing these problems.

Cheating or “ghost” attacks have been around since Clan Wars launched in 2014, and eventually that problem was resolved, but these days something even worse is around that makes gameplay unfair, and ruins the experience for everyone.

While cheating comes from all places, I’ve notice many Asian clans are the ones that cheat the most. Not to say they are the only ones, but it does seem to be more often when we face those types of clans. So how do you know if a clan is cheating, what can you do about it, and when will Supercell fix it? Read on to learn more.

Have You Fought Clan War Cheaters?

Sound off in the comments and let us know if you’ve fought against a cheating Clan. It’s a growing problem, and we’d love to hear your stories. That said, we will not be discussing cheats, hacks, mods or tools here, or linking to them. Any cheats mentioned in the comment section will be deleted.

It’s hard to tell sometimes, as many tactics are completely fair and millions try them to get an edge, but there are a few dead giveaways. The way most of the new Clan War cheat tools work is once an attack is started, even if it only lasts for five seconds, their tool saves the information and reveals everything. What’s in the Clan Castle, where Hidden Tesla’s are located, and even where all the traps and bombs are placed.

One way to spot cheaters

This can often be spotted when a 25v25 Clan War starts and the #20-25 all attack the top 1-10 players in your Clan. They’ll drop a few arches or barbarians, wait a few seconds, or even try to draw out the Clan Castle and then end it, wasting one attack.

However, moments later or before the war is over a higher level player (like someone in their top 10) will attack and 3-star your base, and all other bases. It looked easy, they avoided traps or accounted for them, and completely destroy your well-built base to perfection. Above is a screenshot showing a few quick 0-3% attacks, then a 100% 3-star attack. This is something to be on the lookout for.

Read: Clash of Clans March Update: What You Need to Know

Some fair players do this to learn what’s in a Clan Castle and brew troops to handle it, but if a clan is constantly dropping a few troops and ending the battle, their likely cheating. If they do this multiple times and never even draw out the castle, their almost certainly using software to cheat. Using smaller attackers to spy a base is one thing, but using illegal software is another completely.

In some rare cases clans don’t even need to drop troops or waste attacks. Instead they upload base designs into software that runs attack after attack in a test or scout mode, until the perfect attack strategy is figured out and all the traps exposed. Then, near the end of the timer this clan attacks at once and nearly every player gets 3 stars or above 90%. It’s cheating, it isn’t fair, and needs to stop.

There’s nothing wrong with practicing and perfecting an attack for a specific base design. It’s another thing completely to upload it to software or an app that does it for you, cheats the system, and gives average players all the information they need to get 3 stars. It makes average players think they’re good, and will eventually be stopped.

What Can You Do About It?

Sadly there isn’t really anything we can do about Clan War cheating that will make a difference, but we can report it. If the clan starts doing 2% attacks out of the gate, don’t waste your time or money building troops, as your clan will probably lose this fight.

Supercell, the developers behind Clash of Clans used to dismiss talks of cheating, but lately they’ve started to acknowledge it, and are even working on a solution. In the meantime, users can report players who cheat, or even entire clans. After enough reports these users can and will be banned or the clans shut down, but they’ll pop-up again and keep doing the same thing. 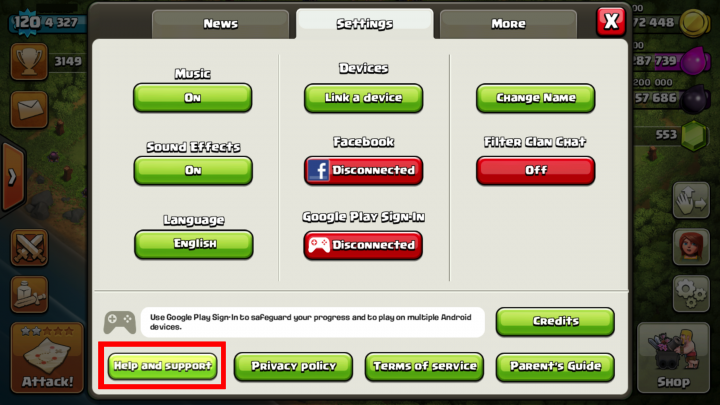 Launch Clash of Clans and tap the three gears “Settings” icon near the bottom right and in settings hit the “Contact Us” or “Help & Support” option in the bottom left corner as shown above.

From here there is a vast selection of help and tutorials, but users will want to skip all of that, or select the answer was unhelpful, and choose to “contact us” which is Supercell. Report the Clan or Player who is cheating, provide user names or Clan Tag #, and even take screenshots as they may request them.

Most likely players or Clans won’t get a response immediately, or even the same day, and it probably won’t effect the current War. Chalk that one up as a loss, or try your hardest to pull out a victory. Supercell will get back to you, and probably ask some follow-up questions. The more Clan War cheating that is reported, the more clans or players will be banned and the problem will start to fade. As more players start to report it, Supercell will be forced to address it or come up with a solution.

What to Expect Next

This is a growing topic of discussion in Clash of Clans forums, on Reddit, and all around the web, and Supercell is starting to take notice. They’ve gone from being blind to the problem to fully confirming it’s an issue and even going as far as stating they’re working on a fix.

We can expect a big Clash of Clans update sometime in 2016 that fixes the problem, but it won’t be easy. It’s a system level change that needs to prevent information from being shared during Clan Wars. Below is a comment from Supercell’s Contact Us support department. 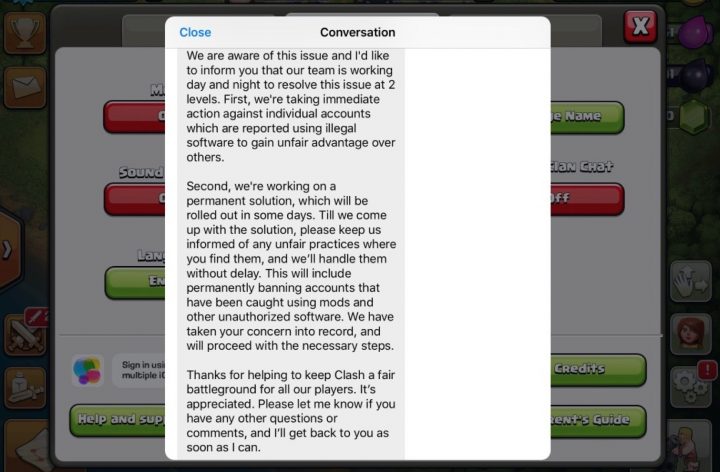 Apparently Supercell has a two-prong approach to cheating in Clan Wars. First off, they’re taking immediate action to warn and ban accounts that are cheating or using illegal software. And second, they are working hard on a fix (and don’t appear to have a solid solution) but will be rolling out an update in “some days” to fix the problem.

That leads us to believe an update is in the works and coming soon that will try to stop or prevent Clan War cheating, but at the same time no solid date was given. Then, even if cheaters are stopped there’s a good chance these hackers will evolve, and once again figure out a way to earn an unfair advantage.

For now the only option is to hope for a fair battle in Clan Wars, report cheaters to Supercell, and wait for an update that will hopefully curb this problem for good. We know multiple updates are in the works to add new troops, change and refine matchmaking, and fix Clash of Clans problems, and players should stay tuned for more details. If you’ve experienced cheating in Clash or Clans or Clan Wars drop us a comment in the section below.