Clash of Clans is an insanely popular strategy game for the iPhone, iPad and Android that offers fun, fast paced and mobile strategy with an addictive leveling system and plenty of opportunities to keep playing even after you take your first base.

This guide will show you the Clash of Clans tips for beginners that will help you build a base, enjoy early success and become a better player without spending real cash. We’ll also show you what you need to know about Clash of Clans cheats and hacks so you don’t lose your account or get banned.

This isn’t a strategy game like Command & Conquer, which makes it easier to get into for many mobile gamers. As a Clash of Clans beginner, you can play through many levels with ease — but soon you will find that you need a better base, well-trained troops and you will need to know how to use the troops and your defenses in the right way.

Clash of Clans is free to play, but like many mobile games there are in-app purchases that range from $4.99 to $99.99. This makes it easy to spend real money to level up and pay more than you would for a game on the Xbox One or PS4. We’ll show you Clash of Clans tips for beginners that will make it easier to play without spending real money.

Clash of Clans recently aired a Super Bowl ad featuring Liam Neeson, showing off the Revenge feature that lets gamers play against another player who raided their base. While you don’t need to play Clash of Clans all the time, when you are not there other players can attack your base. You will also attack other bases to try to steal gold and resources to level up your buildings, technology and troops.

Learn to Build a Better Clash of Clans Base

The basics of building a better Clash of Clan base boil down to three main things. Protect your town hall, build a good defense and build walls. If you forget to do one of these things you will needlessly lose resources and time rebuilding your base after attacks. The basics are to put your town hall in the center of the base, place weapons to cover all of your buildings and build up walls to keep enemies busy while weapons take them out. 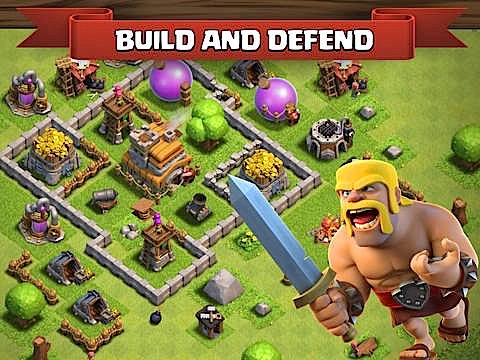 Build your Clash of Clans base the smart way.

You can observe the defense of bases you attack, but you are limited by the resources and number of buildings you can build. Use the following tools below to find the best Clash of Clans base for your level. Eventually you can build bases to defend, to farm resources, for Clan Wars or to handle all the above. Your base will be influenced by your town hall level.

Use this guide to learn the basics about each part of building a great base, especially about how to build walls, what to put inside your walls and what to keep outside.

As you progress you can even build a Clash of Clans base online that you can then copy in the game. Use Clash of Clans Builder to make a plan for your new base.

Know When to Use Shields and Rebuild

Use your Clash of Clans shields to recover.

If you attack another player or use the Revenge option to attack the person who destroyed your base the shield automatically lifts. You can still play the single player campaign or Clan Wars without losing a shield.

You can also use Gems to buy a Clash of Clans Shield, but there is a cool down between shields so you can’t stay shielded forever.

Save Your Clash of Clans Gems

Don’t use all of your Clash of Clans gems off the bat.

You start with a small amount of Clash of Clans gems that offer the ability to buy shields, speed up building or troop training and other upgrades. Do not spend the Clash of Clans Gems in the early days. You will need these later and you will need to spend real money on them after you progress and blow through the meager amount you can get in-game.

You can also get free Clash of Clans gems when you clear an obstacle. This results in experience and between one and six gems. Occasionally you will not get any gems. If you find a Gem Box obstacle you can unlock 25 free gems. 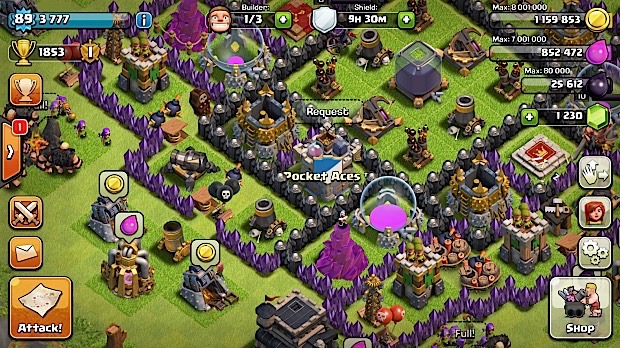 There is a right time to upgrade your Clash of Clans town hall.

As you start, you should upgrade your buildings to max levels before upgrading your Clash of Clans town hall. After you do that, upgrade the town hall when you can. Keep in mind that there is no penalty for upgrading up to level 5, so once you reach that level you will need to decide when the right time to upgrade to a Clash of Clans level six town hall is.

Learn How to Attack in Clash of Clans

You will need to balance defense and attacks in Clash of Clans to succeed and get enough resources to upgrade. There are a variety of Clash of Clans army strategies, but you can use a bit of strategy to know which troops to upgrade first and how to compose an attack army. The video below lays out one of the best ways to upgrade your Clash of Clans troops.

You also need to know where to attack and how to attack in Clash of Clans. You can’t direct your troops once they are on the ground. This makes Clash of Clans strategy something you need to do before you start placing troops.

Some troops, like Barbarians, will run right to the closest building. This leaves them open to attack from a mortar or other defense that is just a few steps further away. If this is the case you need to send giants in first or wall breakers to allow a path into the base.

You’ll also note that you don’t need to deploy all of your army at once. This lets you take out defenses and play each unit to their strengths. This player does a good job of explaining why he is taking each step. Eventually you will learn to find the spots where weapons can’t reach and you can learn this as you start by placing one troop to see if weapons can hit them.

After you get started you will need to adjust your troops and your strategy to go for trophies or for resources. If you are attacking for resources this is commonly called “farming” as you are farming resources.

Train & Build While You Attack 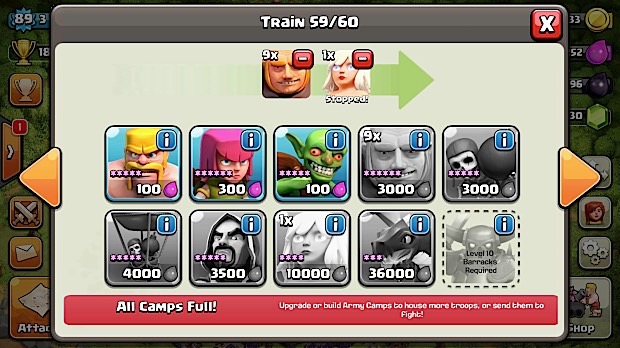 Always be training and building in Clash of Clans.

You need to make sure that you aren’t only focused on defense or offense. You should be upgrading your base and training more troops while you attack. It takes a long time to upgrade bases and buildings and if you need to train a lot of troops it can take upwards of 20 minutes. Make sure you are constantly monitoring your base and troops so that you don’t end up waiting and waiting just to play.

Watch out for Clash of Clans Cheats and Hacks

This Clash of Clans online hack claims my fake user name is valid and suggests I enter surveys.

You can also lose your Clash of Clans account if you share your login information with someone else on the promise of free gems and you can even get banned from Clash of Clans if you try to get gems from outside of the game.

Transfer Clash of Clans to a New Phone

If you need to switch phones or tablets, you can bring your Clash of Clans progress with you by linking the devices on iPhone or iPad or by signing in with a Google Play ID.

Watch the process in the video above to make sure you don’t lose your Clash of Clans progress, troops and base layout. You can transfer clash of clans to Android, iPhone or iPad.