Clash of Clans October Update: 10 Things You Need to Know

The next big Clash of Clans update is finally here and it’s filled with exciting changes. Supercell confirmed they were working hard on something special, and now its available for everyone. From major improvements to building armies, tons of upgrades, more walls and a brand new defense.

Here we’ll be going over everything players need to know about the just released Clash of Clans October update. The developers addressed everything from game-balance to stop those mass Bowler attacks, making the game easier to enjoy and so much more.

Read: 7 Things We Want Next from Clash of Clans

A big Clash of Clans update arrived in May followed by some changes to rid the game of cheaters in August. September was slow, and that’s because a huge update was planned for this month. It’s still one of the most popular mobile games on the planet, and this should make it even better. 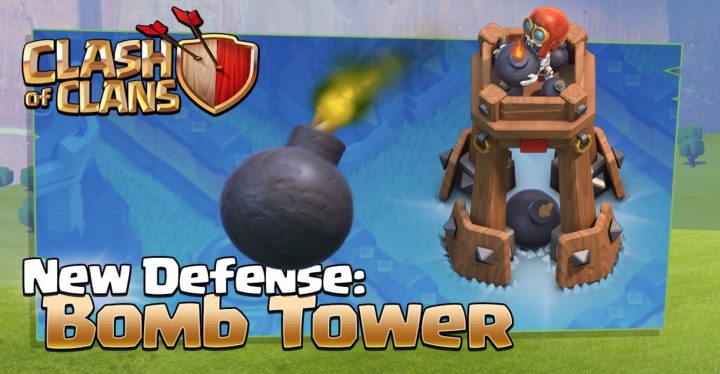 The October Clash of Clans update will be huge

Earlier this month Supercell started releasing sneak peeks for the October Clash of Clans update. Now that they’ve released key details for multiple days, we have a good idea of what to expect. As of October 12th the update is live, including an impressive “special offer” for $9.99 everyone should take advantage of.

Another change includes a “retrain army” button which fans have wanted for years. The ability to brew two armies at once for battle. Even three custom tabs for select armies that can be made with one tap. Perfect for Clan Wars or friendly battles. However, that’s just the tip of the iceberg and we’ll explain that and more below.

The main goal for the October Clash of Clans update is to balance out the game and make things more even, then add additional content. That all starts with slowing down the Bowler. As we all know, users simply spam nothing but Bowlers and some healers, or Miners, for an easy 3-star attack. And while Miners aren’t changing, Bowlers are weaker and die faster.

Then, the team at Supercell is changed the entire army and troop building process, added more walls, and adde tons of upgrades to take Town Hall 11 gameplay to the next level. That’s the highest point in the game, and many players are “maxed out” with nothing left to do. Not for long though.

With that said, below are ten of the most important changes that just arrived with the October Clash of Clans update.

Coming over from Clash Royale is a brand new troop for the Clash of Clans world. It’s the Bomb Tower, which will help take down ground troops and those hog riders. It will be available at Town Hall 8 and can be upgraded to level 5.

The Bomb Tower drops bombs on all ground troops and will be great against hoards. It explodes when it does to further kill attacking troops. See it in action below.

It looks like the Bomb Tower will try and take on Hog Riders after this update. Because Giant Bombs no longer do 1.5 damage to hogs. Meaning those mass-attacks will be stronger than ever for Town Hall 8-9.

Perhaps the biggest part of this update that everyone can appreciate is the changes to training. The system is old, outdated, and difficult. Having to retrain the same army over and over again daily makes no sense.

Starting with the October Clash of Clans update that will all be a thing of the past. Now we’ll be able to brew two armies at once, there’s a “retrain” button, and even a way to save our favorite combos for later. There will be three slots for army compositions. A way to click once and train an army for war, another for trophy pushing, and one for stealing loot.

It’s one of the most requested features for more than 2-3 years now, and it’s finally coming. The video above explains it all in detail for those curious as to how this system will work. It’s a welcomed addition to Clash of Clans.

And no, we still can’t use a hero in War while it is being upgraded. Don’t get your hopes up for that to ever happen. Although upgrades, healing and brew times can all be finished faster by gemming, which is getting a discount with this update too.

A lot of players can’t advance any further in the game as they are a max Town Hall 11. Luckily for you pay to win players, there is some new content coming soon.

In case the EAGLE Artillery Cannon and level 4 Inferno Towers weren’t enough, X-Bow upgrades will make villages much harder to destroy. If that sounds like overkill on defense, wait until you get attacked by a P.E.K.K.A after the update. 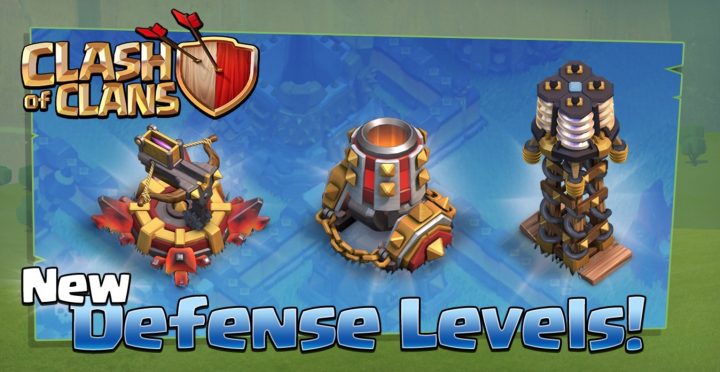 Reason we say that is the Hidden Tesla will no longer do double damage to a Pekka. Giving offensive attacks a better chance at getting to the core. This means many bases will need a complete redesign.

A lot of the changes mentioned above means those at Town Hall 10 will have more stuff to upgrade, and additional access to higher troops. More specifically, the Baby Dragon level 4 is now available to TH10.

With all the changes to Town Hall 11 and multiple upgrades we’re a little concerned Town Hall 10 players will get smashed by higher players. We’ll have to wait and see. 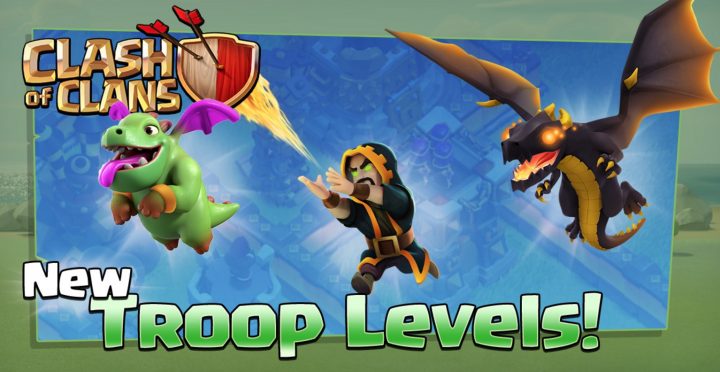 Supercell calls it a “nerf” online, and all this means is the Bowler will no longer be as strong as it has been. As many of you know, mass Bowler attacks with 4-5 healers is about all we see anymore in Clash of Clans.

It’s such a popular spam and watch attack style that it’s almost not even fun anymore. After this update the Bowler will die a little faster, have less health, making these attacks not as effective. Also, those Bomb Towers do splash damage like a Wizard Tower, and can help control Bowler attacks.

The Dark Elixir Skeleton Spell isn’t very popular, but that will change after this update. It will now spawn tons of skeletons, 26 total, over a longer period of time. Perfect for a distraction on the Clan castle or to execute a perfect attack. That’s a lot of value for one spell slot.

The Clone spell will have longer troop lifetimes now to improve this into a more viable option for attackers.

Supercell made everything cheaper and faster to brew armies earlier this year following the awful updates at the end of 2015, and they’re doing it again. This update will bring cheaper troops and faster army brewing. We’re not sure what all the numbers below mean, but we’re assuming their in order as time and then cost.

As an example the Dragon now brews in 3 minutes instead of 15, and should be cheaper too. We’re just not sure exactly how the numbers above explain all the changes yet. We’re assuming upgrades like the Cannon or Archer tower (levels) are now cheaper and won’t take as many days to finish either.

This update won’t fix the still sub-par matchmaking for Clan Wars, but we will earn more gold and elixir for participating. Players also won’t get punished for attacking a smaller TH, where often the reward isn’t worth the troops it costs to attack.

The idea here is to offer an incentive to attack in wars, and not punish clan members that do “clean up” attacks to try and win.

The last announcement was Friendly Clan Wars. Users will be able to start friendly wars against anyone they’d like. Set the time, amount of players, even the battle duration and hit start. Perfect for friends and groups, tournaments, events and more.

The only other surprise was the special offer mentioned above. This is still a massive update with tons of changes. Look out for a changelog inside the game explaining the changes in more detail. Most notably around the reduced cost and times for upgrades, everything that’s new and more.

Many were expecting level 50 heros, which didn’t happen. Maybe in a few more months, but not yet. Expect another October update for the Halloween theme and holidays, then snow for Christmas.

So when will all of this be available? Right now. The update didn’t arrive after the sneak peek teasers ended, or over the weekend. Instead, on Wednesday October 12th it arrived and is available as we speak. Go update, build a Bomb Tower, and attack some bases full of gold.

Are you excited about this update? Let us know in the comment section below.