The extremely popular mobile game Clash of Clans received a major update this week, as promised, that has delivered tons of changes for players. The game continues to be one of the most popular mobile titles on both Android and iOS, and now gamers have more reasons than ever to keep playing.

Supercell, the developer behind the hit title, released another big update today with tons of changes. Users will notice a new character called the Lava Hound, tons of new upgrade options, and more ways to spend gold and elixer.

Read: How to Transfer Clash of Clans to a new Phone

Clash of Clans is one of those games people play for months and months, and many iOS users have been playing it for over a year. It launched on Android back in October, months later than the iOS release, which made the game really take off. On Android alone it has between 50-100 million downloads, and over 5 million reviews on the Google Play Store. So yes, it’s that popular. Read on for more details regarding the massive new update that arrived today. 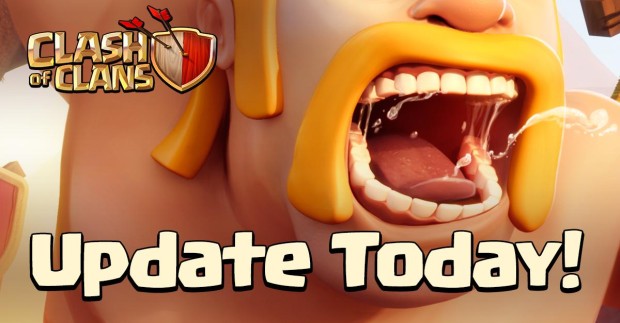 Clash of Clans is a freemium game full of in-app purchases for gems, which can be used for gold and elixer to continue building your city full of defense, upgrade troops, and attack enemy villages to raid for gold. It continues to gain popularity thanks to the excellent gameplay, additional feature that arrive frequently, cross-platform support with iOS and Android, not to mention the new Clan Wars addition that launched a few months back.

Today’s update though, is one of the bigger ones we’ve seen in a while. Whether you’re still a daily (or hourly) player, or haven’t touched Clash of Clans for months, you’ll want to check out all the details below to know what’s going on in the latest release.

Read: Clash of Clans Hacks: 3 Things You Should Know

First up, is the new unit or character. It’s called a Lava Hound, and is basically a tank (or Golem) that floats above and seeks out air defense. This will target air defenses first, then other defenses second. The game is all about strategy, and this will be a major factor moving forward with base layouts, and attack strategies. Check out the Lava Hound in action:

Along with the brand new air unit, Supercell also made some major changes to how users can buy and upgrade walls, as well as extended the upgrade options for an array of buildings. The update added new features, balanced out gameplay more, improved performance, and will finally let you upgrade more building while your hero’s heal faster than ever before. Here’s the full changelog in the all-new Clash of Clans Lava Hound update. Read on to the end because the “other improvements” are extremely important too.

Supercell has been busy teasing the new Lava Hound air attack unit for weeks, and now it is finally here. Those who play on the daily probably had to update before playing this morning, and if you’ve yet to check it out, update the game from the Google Play Store or Apple App Store, and check it out today. Now I must try and save another few million in gold to update more stuff. Let us know what you guys think in the comments below.