A much needed Clash Royale update has finally been released on October 20th, and here’s what players need to know. Recently we’ve received a lot of new content, cards, and changes, but more is needed. Giant Poison decks have wrecked havoc on the entire community, but that should all be coming to an end.

Since being released in March Clash Royale has been one of the most popular games for mobile. Beating out hits like Pokemon GO. Each month the developers at Supercell release new Clash Royale updates.

That said, recent changes in August and September really shook up the game. For better and for worse. New cards like the Inferno Dragon, Ice Golem, and changes to the Rage and other cards. However, many of the changes weren’t too good, and caused many players to get frustrated and even quit. Below are all the changes made today. 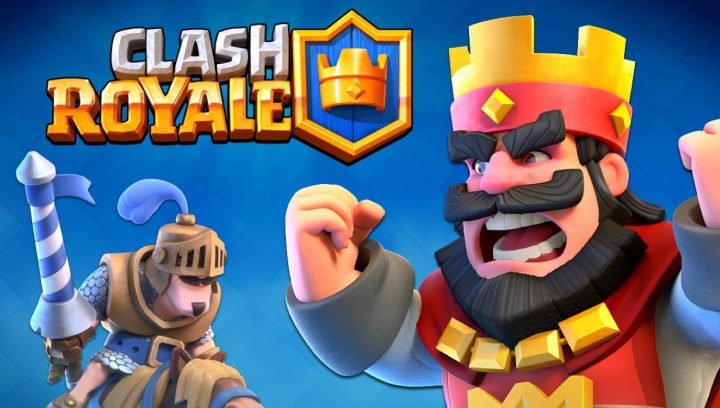 The biggest problem over the course of the past month or so has been Giant Poison users. It’s extremely deadly, almost impossible to stop, and became the only thing players used. As a result a game with 60 different troops and hundreds of combinations boiled down to the same 2-3 decks over and over again.

Something so powerful that virtually 8-9 out of 10 players use it, means game balancing and changes need to be made. And that’s exactly what arrived with the Clash Royale update today. Say goodbye to the Giant Poison strategy. Or be prepared to adapt and improve it to something slightly different.

Supercell also changed the Elixir Collector while making it more of a gamble, tweaked some other cards, and balanced everything as much as possible. All in hopes of improving gameplay from the top down. Here’s what changed with the update today.

Giant: Hitpoints decreased by 5%
– The Giant is a deadly card if used right. Recently it’s been too powerful, so needs to be toned down. Previous nerfs weren’t enough, and this should help the situation. However, Supercell didn’t change it too much as the Giant should still be a viable card in the game.

Poison: Will no longer slow movement and attack speed
– Thematically Poison’s “thing” is damage over time, so we questioned whether it also needs to slow? Answer: no. This change will make Poison’s functionality clearer and reduce its ability to control an area for 10 seconds.

These two combined, should spell the end of “Goison” decks, or at least make players use more skill and strategy and adapt to different techniques.

Elixir Collector: Elixir cost increased to 6 (from 5), Elixir gain increased to 8 (from 7), Lifetime increased by 10sec
– Elixir Collector remains one of the most popular cards in the game – offering a good return on a small-ish risk. Increasing the Elixir cost by 1 will make it a bigger risk to play and give more opportunity to counterplay against it.

The Log: Rolls faster and further, Damage increased by 9%
– The Log has yet to find its place or purpose within the Arena, but this change will at least make it more impactful and easier to play while it continues the search.

Skeleton Army: Elixir cost decreased to 3 (from 4), Skeleton count decreased to 16 (from 21), Skeleton level increased by 5
– In the early game, Skeleton Army is a terror, but as more area damage cards come into play, its usefulness falls off. A cheaper cost and fewer, but stronger, Skeletons should address some of its weaknesses – and hopefully make it a terror once again!

Clash Royale updates arrive behind the scenes with sever-side changes. What this means is players won’t see a software update on the App or Google Play Store. The improvements mentioned above just took effect this morning. Meaning it’s already live, and those Giant decks won’t be as effective after October 20th.

Some of the most noteworthy changes, aside from Giant Poison, are to the Elixir Collector and the Skeleton Army. Using a collector gives players a huge advantage, if you can keep it safe from Miners or the enemy doesn’t damage it. 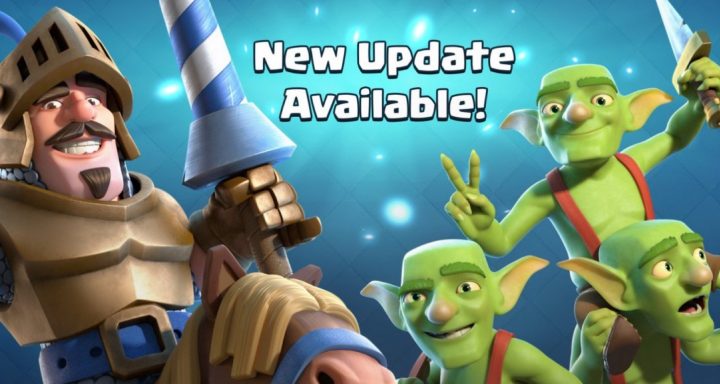 Starting now Collectors will cost a little more, making it a high risk/reward play. It makes more Elixir and even lasts a little longer. A good change overall. The Skeleton Army will be more deadly, the log will be faster and do much more damage, and other changes detailed above.

This is the first round of balancing changes since releasing four new cards through the month of September and October. We may see some specials for Halloween as well, like these developers do yearly with Clash of Clans. Are you happy with the changes? Let us know in the comment section below.