Supercell’s Clash Royale is one of the most popular and exciting mobile games on the market today, but it’s also very frustrating. If you’re one the millions of players sitting quietly on the couch cursing at your phone and hovering Clash over the uninstall option because of unfair match-ups, taunting and the lack of legendary cards, do it because the changes many want aren’t coming anytime soon.

The last big Clash Royale update arrived in May with lots of improvements, and now another is coming in a few days. Many excited gamers were expecting huge changes, more gold, and tweaks to some of the most over-used cards, but that isn’t the case.

In our post above we go over five things we want in the next update, and a few of those are complaints that are heard loud and clear on the Clash Royale forums and around the web. This week Supercell released a statement about the game, and confirmed our fears. They won’t be making any major changes, which means all those complaints are getting ignored. Read on for more details about what the next update won’t fix.

This is an extremely competitive game that takes precision, skill, and strategy. However, there are times where users simply have no chance. A level 8 facing a level 10-11 with legendary cards, higher troops and more. These guys know they’re going to lose, but to add insult to injury the winner throws it in their face.

One of the best (and worst) aspects of Clash Royale is communicating with others. These are called “emotes” or emoji options. Not to mention a pre-set list of commands like, Good Game, Good Luck, Oops, Wow and other commands. These are a nice way to be friendly during a match. However, there are also emoji faces. Players taunt others with cry emoji over and over again when they win, laughing in their face. Most of the time it was an unfair battle to begin with, or the winner was using a troll deck like the Royal Giant and Sparky, which is just as frustrating for some.

Hundreds of players have taken to the forum to ask for emoji to be disabled, or at least an option in settings so we don’t have to see them if we don’t want. Then, popular YouTube players like Molt and nearly the entire community thinks Sparky and the Royal Giant are overpowered. We wanted this to be fixed, but that isn’t happening. Here’s the official comment by Supercell.

“Adding an option to mute, or delete, emotes is a highly requested change. However, we have no plans to implement this feature, and we want to explain why.

One of our core design principles is: Cards that evoke strong emotions are the best thing for Clash Royale. Cards such as Sparky, the Royal Giant and the X-Bow are great examples. They evoke strong positive and strong negative emotions from people. We don’t want cards that are just “good” or “OK.” We want cards that people will love – and inevitably when someone loves a card, someone else will hate it. These are the cards that create the most interesting conversations and will keep Clash Royale fun and fresh for years to come!”

To make matters even worse, today Supercell confirmed a big “game balancing” update is coming on June 21st, and here are all the details. They won’t be adding more gold for upgrades, lowering the damage or making changes to the Royal Giant or Sparky, won’t add an option to mute taunting, and most of the changes are mediocre at best. As a result, the forums are flooded with even more complaints and some are even quitting the game.

The problem here is many cards are extremely overpowered, and do tons of damage. Everyone knows the Royal Giant is too strong, and Sparky just wrecks the game. Yes they can countered, but not over and over again especially when you’re facing a higher level opponent. People win by spamming Sparky, then drop multiple cry emoji. That’s not sportsmanship. 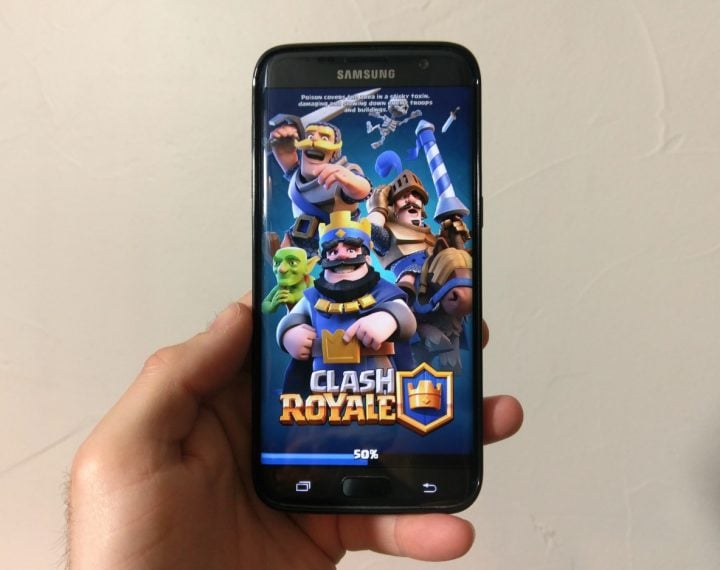 Both of them are staying. So the next time you get an unfair matchup and lose, don’t expect to be able to mute those poor sports that like to use the cry face, as that won’t ever be an option in settings. And if you were expecting the Royal Giant or Sparky to get a decrease in damage, that doesn’t appear to be coming either. Not to mention Legendary cards are impossible to get, matchups are extremely unbalanced at times, and players go on huge losing streaks and often want to quit the game.

It’s a tough job to try and balance a game that’s as versatile as Clash Royale. Keeping it fun, exciting and engaging, without making it too boring or so balanced that every battle ends in a tie. The developers have done a pretty good job so far, but there is plenty that could be done to make this extremely successful game even better. This upcoming update will tweak things once again, slow down those Hod cycle decks that drop a Cannon and play defense then repeat, but it isn’t enough. More changes need to be made, and they aren’t coming in the June 21st update.

Some of our suggestions linked to above could really make Clash Royale better than ever, and the others were shot down with recent announcements. At the end of the day and after this update many of the big issues will remain. Will you keep playing Clash Royale, or have you had enough? Let us know in the comment section below.