Clearing up the Digitizer Issues on Lenovo's Touch Thinkpads 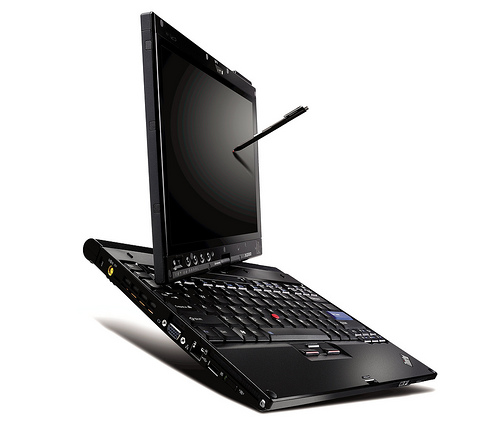 There’s been some confusion on what digitizers Lenovo is using on the new Thinkpads using Windows 7. This post should hoepfully clear that up. Admittedly we’ve helped spread some of the confusion, so apologies for that. But let’s hope this clears it up.

Lenovo is sprinkling review units of the x200T Tablet PC and the T400s Notebook with touch around. I’m checking out the x200T currently. (Look for an InkShow later today or tonight on that.) The two different devices do not use the same digitizer. The x200T Tablet PC is using a Wacom digitizer for its two finger touch and the T400s is using an N-Trig digitizer for the four finger touch. When we asked Lenovo for clarification at the end of last week we said we had lots readers curious about the digitizer and the first answer we got back was that they used digitizers from N-Trig. But several folks pointed out that on the x200T, Device Manager was reporting a Wacom Two Finger Touch HID driver. Querying Lenovo again they cleared it up by letting us know that the two devices used two different digitizers.

Sumocat’s rant about Wacom last week brings up points well taken. But the point extends further than just Wacom. OEMs should not only list which digitizer is being used in the specs, but in fact view this as a possible selling point. Artists and others who uses Tablet PCs for their work rely on certain levels of pressure sensitivity, and let’s face it, there are folks who just don’t care much for N-Trig’s digitizers out there.

To be fair, this is an evolving technology, and quite honestly we’ve gotten a bit tired of asking Wacom, N-Trig, and OEMs about digitizer issues. There’s so much secrecy about the issue that you’d think it was some sort of national security issue.

Does it all matter? It obviously will to some, but to many it won’t. That doesn’t erase the fact that the information should be plainly available.