With Sprint and Clearwire both switching to 4G LTE mobile broadband technologies from 4G WiMax, the Now Network has confirmed that partner Clearwire is instrumental to its network growth. According to Sprint, if Clearwire doesn’t have an adequate LTE network running, the carrier will have to look to acquisitions to get more spectrum.

Speaking to reporters, Phonescoop is reporting that Sprint CEO Dan Hesse said that the network is now starting to deploy 4G LTE on the 1900 MHz spectrum. In the coming years, Sprint will also use its 800 MHz spectrum for 4G LTE. Meanwhile, partner Clearwire is rolling out TDD-LTE on the 2.5 GHz spectrum. This would mean that Sprint’s phones in the future would have to at least support three different spectrums. The spread between the various spectrum bands will give Sprint the ability to deliver faster speeds on the higher bands and offer better in-building signal penetration with the lower 800 MHz band. 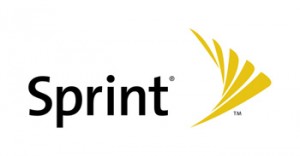 Sprint is the only major wireless carrier in the U.S. to still offer unlimited, unthrottled mobile broadband data plans. Rivals AT&T and Verizon have both switched to tiered and metered plans and are now rolling out with shared data plans. T-Mobile USA on the other hand offer a finite limit for fast mobile broadband access and beyond that users will get throttled to a slower speed but won’t get charged for overages.

As users use mobile broadband networks more, Sprint will need more spectrum to accommodate the higher loads it will handle from customers. The carrier was rumored to have wanted to acquire T-Mobile USA before AT&T swooped in with its failed bid. More recently, Sprint was connected with trying to acquire MetroPCS.