The code names for two upcoming Samsung smartphones running the Tizen operating system have emerged, though little information is known about these devices. The first device has the model number GT-i8805 and is considered to be a high-end smartphone model called Redwood. A mid-range Melius smartphone bears the model number of GT-i8800. Samsung is expected to equip its Tizen range, in particular the high-end Redwood, with features and specs that may not be currently available on any other phone in the company’s mobile portfolio today.

The names of the these phone models were reported by Sam Mobile. These are still code names and likely Samsung would debut these phones under a different commercial name when launched.

A high-end Tizen model was previously reported to be coming in August. The timing could make it compete against Apple’s smartphone refresh cycle and with the rumored iPhone 5S. 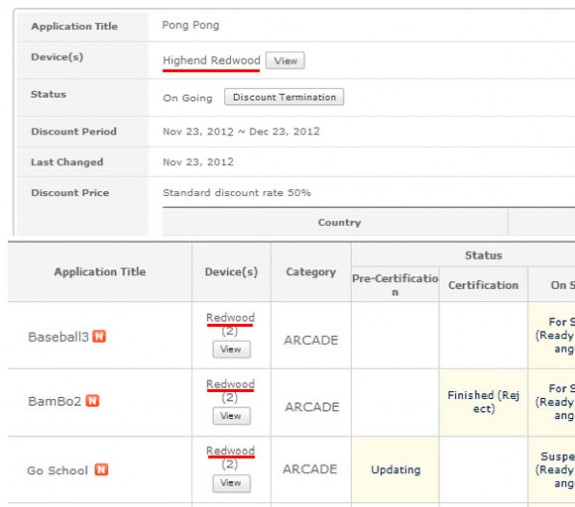 Based on comments made by Samsung VP Lee Young Hee, we can expect that Tizen devices to be equipped with the best specs.

On the Galaxy S4, Samsung had introduced a 1080p full HD Super AMOLED display, an Exynos 5 Octa processor, a plethora of sensors and cameras, and a number of other software features and gesture controls. It’s unclear what software features would make their way to Tizen, but Samsung should be able to easily port over the high-end hardware specs from the Galaxy S4 to the Tizen-powered Redwood smartphone.

As Samsung is folding its Bada operating system into its Tizen development, we may see Tizen lead the Android-based Galaxy series in terms of hardware specs. The original Bada-powered Wave smartphone provided the hardware basis for the first Galaxy S flagship Android phone, including the Super AMOLED display and 1 GHz Hummingbird processor. In the future, Samsung could potentially launch its high-end features first on Tizen before porting those features to its flagship Galaxy S series. This could potentially create a further rift between Google and Samsung in the future as Samsung may begin distancing itself from Android.

This would be good news for Tizen and should help the platform take off with high-end features and Samsung’s brand. The platform was picked up and transformed through a partnership with Intel after Nokia had backed off from the MeeGo platform.