Comcast Will Turn Your Chicago Home into a Public WiFi Hotspot

Sometimes finding a WiFi signal to log onto seems like a breath of fresh air. If Comcast has its way those living in Chicago and searching for a signal will be breathing a little easier, courtesy of those who have Comcast service in their homes. Comcast has begun rolling out a neighborhood hotspot initiative using installed home equipment to make WiFi signals available in areas adjacent to homes that have the equipment installed.

Comcast issued dual-mode equipment will broadcast a separate WiFi signal from the home it is installed in. Anyone within range can log into that signal using their own Comcast credentials. The goal is to turn entire city blocks or neighborhoods into hotspots. 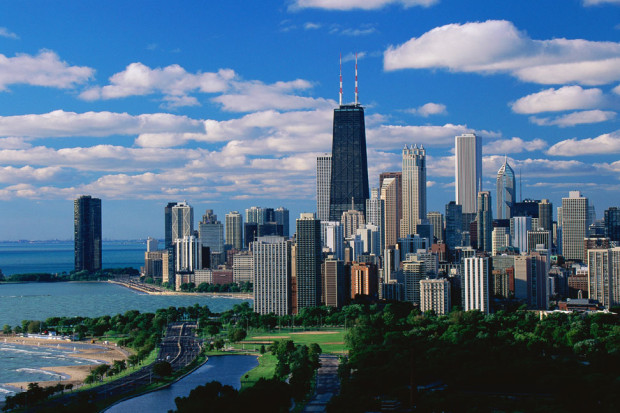 Comcast already locates a number of outdoor hotspots in the Chicago area, (although I’ve yet to see one.) Over 9000 businesses have already agreed to to provide a piece of their signal as a hotspot as well. The equipment for this will be a dual-mode modem that serves two WiFi signals. One for the person footing the bill, and one for the public.

A Comcast user looking to log on to the “neighborhood signal” will input their own Comcast credentials and will not need the homeowner’s permission to gain access. Once logged on a Comcast subscriber should be able to roam from hotspot to hotspot without having to sign on with each new hotspot they access. A non-Comcast subscriber can log on for two free hours per month and after that time has expired, pay to log on at a rate of $2.95 an hour or $19.95 per week.

Sounds like a good idea. But the initiative does raise some interesting questions. The language in this Chicago Tribune report points up one of those questions:

Because the Comcast subscriber’s signal will be kept separate from the second, publicly available signal, the subscriber’s speed and privacy shouldn’t be affected, Comcast officials said, acknowledging that such concerns have been raised in test markets.

The word “shouldn’t” is the key here. Concerns have been raised from early testing, but we could all use some more data on how that would work from a security and speed standpoint. For example, if anyone can log on for a two hour stretch without an account, doesn’t that raise the possibility of someone doing harm to the network during that “free” period?

Second question. Who is paying for this bandwidth? And a third question simply comes down to human nature. To take advantage of the available hotspots a customer will need a Comcast account to log on for more than a few hours to any of this public hotspots. There will certainly be an under the table market that finds a way to log into these signals for those without an account. Has technology advanced to a point where Comcast can monitor and stop that kind of activity? What about passing between these networks and interference? WiFi hand offs between existing networks can prove troublesome. How will that be handled?

Comcast subscribers will provide the hotspots automatically unless they choose to opt out of the program. According to Comcast there will be a way to do that through settings. Comcast reports that in test markets some users did choose to opt out. That raises an another obvious question. If not participating is an opt-out choice, why shouldn’t users who opt-in receive some financial benefit (a lower billing rate?) to help build out the network?

As Comcast moves forward on its acquisition of Time Warner Cable this will be an interesting initiative to watch. Given the large number of US cable households Comcast will have access to once that acquisition is complete, assuming it passes regulatory hurdles, there is enormous potential here. While a ubiquitous WiFi signal sounds like a great idea and has been a dream of many for quite some time, it will be interesting to follow this initiative in the Windy City to see how it works in practice and what answers the Chicago roll out provides to those questions.