Commitmentphobia? 5 Things to Consider Before Buying Your Unlocked GSM Smartphone

Recent events in the wireless industry have re-ignited interest in the unlocked handset market, including legislation and petitions to re-legalize unlocking in the U.S., T-Mobile’s UNcarrier announcement, and a number of new smartphones that are being debuted first internationally with a month or two of delay before being available in the U.S. If you’re on a GSM carrier in the U.S.–like that operated by T-Mobile USA and AT&T Mobility–here are a few things for the commitment-phobe to know should know before purchasing a new handset, an unlocked handset, or importing your own handset.

In the U.S., T-Mobile is trying to revolutionize how customers buy phones. By eliminating the carrier subsidy models, consumers will have to pay full-price for their handsets–with options for interest-free payments–but won’t have to sign a contract. This allows for unhappy customers to take their equipment with them and switch to a rival carrier if they choose, without penalty of early termination fees. Other carriers have said that they’ll be watching T-Mobile and if the carrier is successful, AT&T, Sprint, T-Mobile, and Verizon may also follow suit. However, with switching and a commitment-free engagement, there are still some things to consider, and here’s what GSM customers should consider when going unlocked:

Both carriers offer some of the fastest 4G LTE speeds currently in the U.S. Which network you choose will likely depend on where you live and if 4G LTE is an important consideration for you. Assuming all things are equal, buying a locked phone from T-Mobile and then having that phone unlocked by the carrier will probably give you more flexibility than buying an AT&T-branded handset and getting that device unlocked. 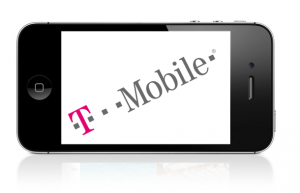 The reason for this is that T-Mobile’s handsets will offer support for pentaband 3G and LTE flavors that are compatible with AT&T’s network as well as T-Mobile’s network. The pentaband 3G means that you can take your phone and use it on HSPA+ networks on AT&T or on T-Mobile. If you choose an AT&T phone and try to bring it to T-Mobile, the device’s quad-band 3G means that it will likely not work on T-Mobile’s 3G/HSPA+ network, unless you’re in a specific area where T-Mobile has activated compatible frequencies.

If you know for certain you’ll be on AT&T, there’s not much of a concern, but commitmentphobes should explore T-Mobile’s emerging 4G LTE lineup, which when unlocked, will work on AT&T’s or T-Mobile’s network. T-Mobile’s LTE handsets will likely be the best options if you’re unsure about the network as you can use it on AT&T or T-Mobile’s networks. AT&T’s handsets will be fine on T-Mobile’s LTE network, but you will likely run into 3G and HSPA+ compatibility on T-Mobile where LTE is not available, forcing you to use a slower 2G EDGE network.

2. Mobile Insurance and Why Unlocked Handsets May Not Be Good For You

A lot of people may not know or care to buy mobile handset insurance. Carriers generally allow you to add mobile insurance to your monthly plan within 30 days of purchasing a new device. For the added $6 or $7 per month, and a deductible per incident, you’ll have the peace of mind knowing that if your smartphone or tablet is lost, stolen, damaged, or suffers from a submersion in water and no longer works, you’ll get a new or refurbished device. 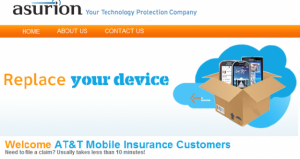 The downside with insurance, despite its relatively affordable monthly premium and deductible charges should you need it, is that it is only for a limited number of handsets. Generally, AT&T will only insure phones that it offers officially on its network and the device must have been purchased within 30 days of activating the insurance. Likewise, T-Mobile has similar rules. Purchasing a factory unlocked or a subsequent carrier-unlocked handset and moving it to another carrier means you generally cannot insure it.

There are some exceptions, though, and you’ll likely have to strong-arm your customer service representative. I’ve heard cases where AT&T would insure a factory unlocked Apple iPhone 5–despite insisting that it cannot do that–after a customer sweet talks a service rep and have Apple’s store associates intervene on their behalf. Similarly, I’ve heard AT&T deny insurance to unlocked Sony or Nokia Symbian phones that aren’t officially part of the carrier’s lineup.

Bring Your Own Device, or BYOD, comes with its own restrictions. 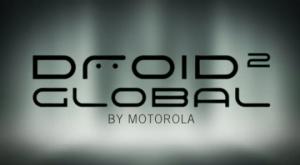 If you’re coming from a traditional CDMA carrier like Sprint or Verizon Wireless with built-in world phone capabilities, you can take that phone and use it on 3G GSM networks. Many recent LTE handsets offered on Verizon are world-phone capable, so if you want a change of pace from CDMA and want to hop onto a pure GSM experience, you can re-use the same phone, albeit without LTE support, on AT&T.

Your CDMA world phone will likely be better suited for AT&T’s network due to the hardware. These world phones generally come with a quad-band 3G radio, rather than the pentaband required of T-Mobile’s network. We discussed the hardware requirements in part 1, and the same would hold true here with a CDMA world phone that supports quad-band GSM 3G networks. \

Sometimes the coolest handsets may not come to the U.S. or you may not have the patience to wait for U.S. carriers to test and certify handsets for their networks. In the case of AT&T and T-Mobile, jumping the gun and importing a handset may solve those problems as both U.S. carriers support the popular GSM protocol. The downside still remains about network compatibility, and generally you won’t be able to insure your handset through AT&T or T-Mobile. On AT&T, importing means you’re bringing your own device and won’t have to sign a contract as you’ll be paying the full price of the handset and won’t benefit from any carrier subsidies. On T-Mobile, you just won’t get those interest-free financing options available through the carrier. The worth of being the cool kid with the first unit of the HTC One or the Galaxy S4 on your block is up to you to decide. Just be sure not to drop it on pavement or dunk it in the tub if you can’t insure it. 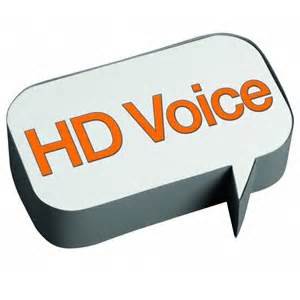 There will be more chatter about HD Voice this year and into 2014 as AT&T, Sprint, T-Mobile, and Verizon are all pledged to offering the enhanced voice clarity delivered by this technology on their LTE networks. If HD Voice matters to you, you’ll have to wait a bit before AT&T and T-Mobile discloses in detail how they’ll each handle HD Voice for their networks.

HD Voice requires two components–changes to the infrastructure handled by the carrier and a compatible handset from the consumer. It’s still unclear if an unlocked handset will be able to tap HD Voice right now in this early stage, so if HD Voice is important to you, you may hold off on considering buying a T-Mobile handset for use on AT&T or an AT&T handset for use on T-Mobile.