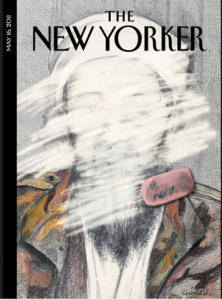 On the one hand you could simply say, it’s about time. On the other hand in the treacherous world of protecting business models that are at risk of fading away you should say, this looks like progress.

When Apple unveiled the iPad everyone who was anyone who had any contact with the media/publishing world thought that the iPad (and of course other Tablets that would be coming) would be the savior of, well, just about everything that had to do with the publishing industry. It’s taken awhile. And there are several well chronicled reasons for that, including shoehorning the publishing model into the way that Apple insists on doing business.  But it looks like Conde Nast has figured out what others are still having a hard time struggling with. Obviously it is still early, here, but I’m impressed with what I see as Conde Nast’s model.

Conde Nast is unveiling The New Yorker for the iPad as the first of its publications due to roll out on the platform. Others are promised soon. Here’s where the difference is. The price for an iPad subscription is $5.99 a month or $1.50 an issue. A yearly subscription is $59.99 which is $10 less than the $69.99 subscription price you pay for the print edition. Print subscribers get the iPad edition for no extra cost. If you just want to try out an issue you can still do so for what the price used to be, $4.99. Other publishers look to be following along with similar models. While the price point is obviously a key, it addresses more than dollars and cents. It actually addresses what I think is a fundamental psychological or semiotic key to the entire transaction. Simply put, consumers (whether correctly or no) assume that the cost of a digital publication should be cheaper on an iPad or other mobile device than the corresponding print edition.

The New Yorker is an excellent choice to see if this works or not, given that it usually appeals to an upscale readership and it has a very loyal subscriber base for the print publication.  I’m guessing we are going to see some other experiments and efforts here in the next few months, and I’m also guessing that it will be several months down the road before we know how this might all shake out.