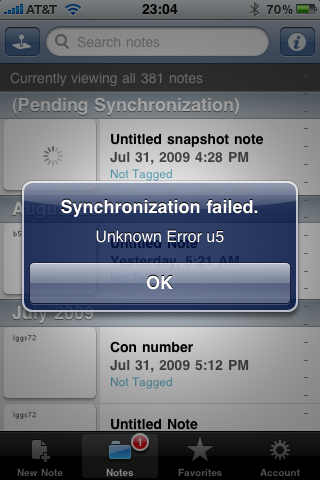 You can have the greatest device on the planet, with the coolest apps around,   but if you don’t have reliable connectivity you’re essentially toting around a guessing game. As we see continued advances in devices and software solutions for those who live the mobile lifestyle, it becomes increasingly apparent that here in the US the weak link in the system is connectivity. And of course the mobile geek, software developers, and handset manufacturers are at the mercy of the carriers.

This past weekend, my wife and I decided to join her family on their annual summer retreat in York Beach, Maine, so that we could spend time with our nephews. Due to thunderstorms that danced up and down the east coast on Friday afternoon, our original flight got canceled. We weren’t surprised by that as we watched the weather. We also weren’t surprised by the horrendous way the airlines we were dealing with kept fumbling the ball when it came to dealing with re-arranging our tickets. I take that back. We weren’t surprised by fact that they kept goofing, we were surprised by how much and how stupidly they kept goofing. But that’s another blog post that I’ll put on my personal blog. You can see a short video of some of those woes, already posted there.

When I do travel I’ve been using Evernote to snap pictures of the parking section that I park in so I don’t forget where the car is when I return. I did this and that picture was syncing up to the Evernote cloud in the sky when something happened with the signal, apparently. I was using AT&T’s 3G at the time and according to the phone nothing changed regarding signal strength. (Check out the signal strength in the picture.) The syncing notification just kept saying that it was syncing but it was obvious that something was wrong as I watched the battery indicator keep dropping. So, I shut down the app and reopened it. Then I would get the error message you see in the picture. This persisted all weekend, no matter if I was on 3G or WiFi.

I discovered from the Evernote forums that the only way to rectify this was to uninstall the app and reinstall it, which I did this morning and all is good there. It is a clunky solution, but it worked. Is Evernote at fault here? I don’t believe so, beyond the fact that they should change the message from “Unknown Error” to “Your Carrier Just Screwed You.”

I had a similar experience trying to upload a short video to YouTube as well. The upload would start and progress and then choke off, while the signal strength indicators would not change. Intriguingly, trying it again later, in a location that reported a weaker signal, it successfully uploaded. Again, woeful inconsistency.

Here’s the rub. We’re seeing a number of mobile solutions that rely on data in the cloud which require a decent and consistent connection with which to access it. We are all used to looking at our signal strength and type, but unfortunately what is reported isn’t always the case, and often lags behind what is really going on. The carriers, the device makers, and the software developers want us connected and using their wares all the time (this is how they make money) but the carriers can’t   achieve enough integrity and consistency with their networks to be a reliable partner for the developers and hardware makers. At least here in the US. As we see more software and hardware innovation in the mobile sector that offer promises of making life easier and more fun in the 21st Century, the dirty little secret behind those promises is that the innovators are betting on an infrastructure that was creaky and full of holes back in the 20th. Sooner or later, as the rush to convert more and more consumers to mobile continues, the entire system is going to collapse, or perhaps worse yet, consumers will just give up.