If you’ve always wanted to control an outlet right from your smartphone, then the ConnectSense Smart Outlet makes it really easy to do so.

Smart home accessories are turning into a big business, and everyone is getting in on the fun. Belkin has a whole line of smart home accessories known as WeMo, and their WeMo Switch is one of their most popular products, considering that it can turn an outlet into a WiFi-controlled outlet for just $40.

In this review, I’ll discuss how easy it is to use the ConnectSense Smart Outlet, what exactly it can do, and whether or not it’s worth buying for your house or apartment. 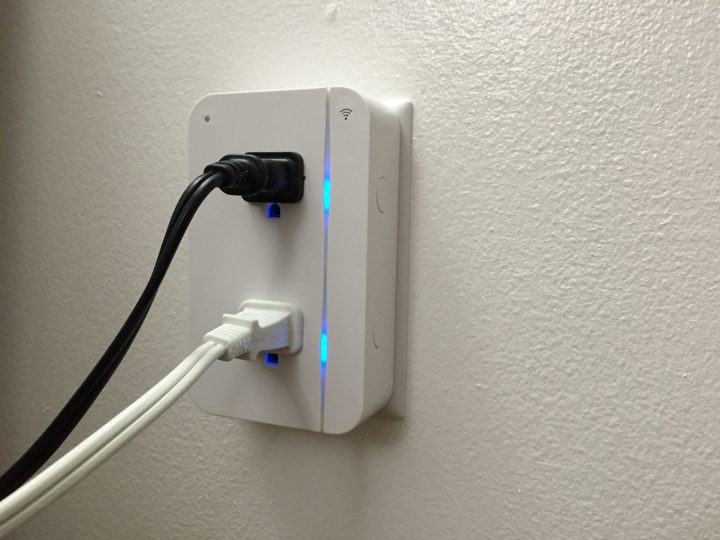 So what exactly is a “smart outlet?” Essentially, it’s an outlet that you can control from your smartphone. So whereas a normal outlet really only gives a device power and you have to turn it on manually (like flipping the switch on a lamp), a smart outlet allows you to turn something on via your smartphone, as long as that device is plugged into the smart outlet.

Something like this is great if you have a lamp in a hard to reach corner of your living room that makes it a pain to turn on and off every time, or if you have a lamp on the far side of a dark room, you can use a smart outlet to turn on the lamp from your smartphone before you even enter the room. 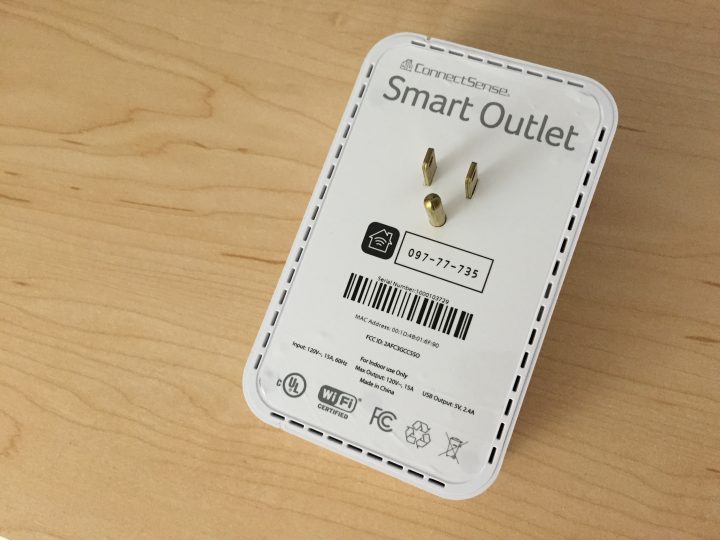 The ConnectSense Smart Outlet does this job well, and it’s a pretty straightforward device.

The setup process is super easy. You’ll have to download the ConnectSense app first, and from there, you’ll simply just scan the code printed on the back of the Smart Outlet to pair it with your smartphone. 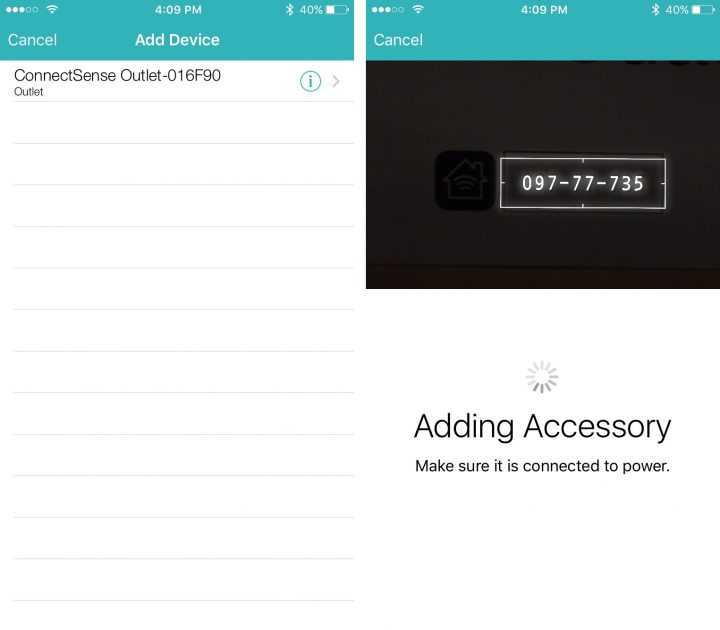 After it’s paired up, you can customize each of the two plugs and rename them to whatever you want, and you can even change the icon to more easily identify what the plug controls, like a lamp icon or an appliance icon of some kind. 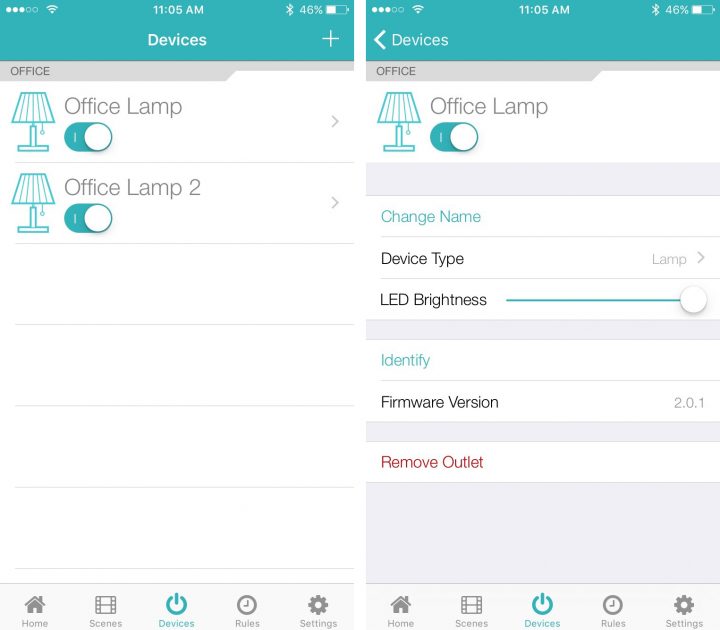 You can also set up “scenes,” which allow you to create different situations, so you can customize the Smart Outlet to turn on a specific plug, but leave the other one off when you activate a certain scene (for example). 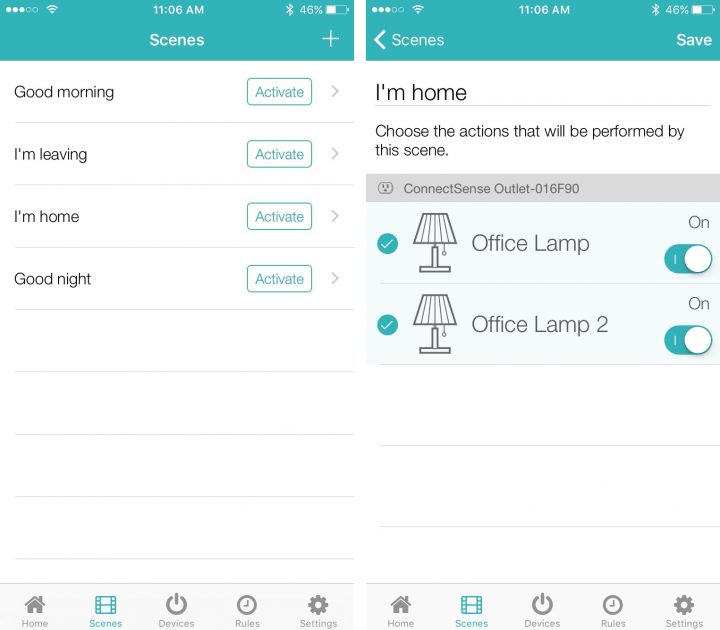 A big feature for iPhone users is HomeKit support, which means you can control the Smart Outlet using Siri, like saying something like “turn off outlet one.” Or if you renamed the outlet to a custom name, you can say “turn on bedroom lamp.” 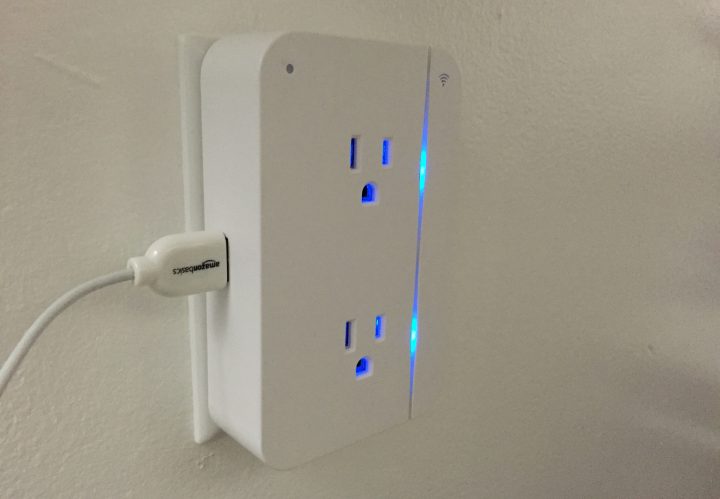 It does have a USB port, which stays on on all the time, no matter the status of the two plugs, but it can’t be controlled from your smartphone at all.

In the end, the ConnectSense Smart Outlet is a good product, and the app is really easy to use. It works well and turning on and off the outlet from your phone is nearly instantaneous with very little lag, if any.

However, I honestly would just buy a WeMo Switch for $40, instead of paying $80 for the ConnectSense model. The WeMo Switch only gives you one outlet instead of two, but you can easily just get an outlet expander for pretty cheap to give you multiple plugs. You won’t be able to control each plug individually like you can with the ConnectSense model, but the savings will be worth it.

Plus, WeMo products are more recognized in the smart home industry and they work with various services like IFTTT and SmartThings.

Or you could spend even less cash and get a couple of remote control outlet switches. A five-pack costs around $30 on Amazon, which is a steal considering their capabilities. You won’t be able to control them from your smartphone, but you can control them using the included remote right from your couch without getting up and flipping a switch.