Over the weekend, Apple’s senior vice president Phil Schiller sent a Twitter Direct Message to a 9to5Mac reader stating very plainly that the white iPhone 4 is not thicker than the black version of the device and that the reader should not “believe all the junk that you read.” 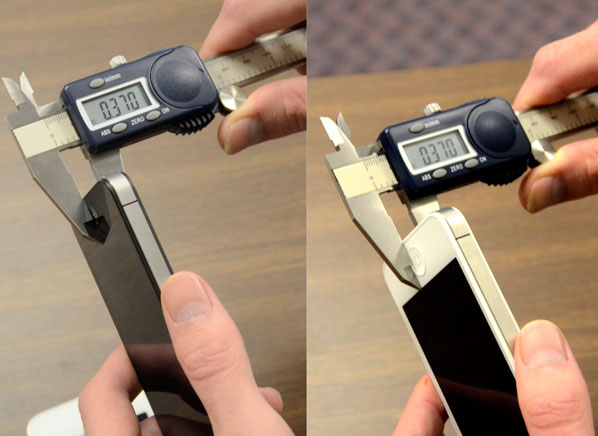 Today, Consumer Reports has posted some evidence that seems to indicate that Schiller is correct, even though we’re seen evidence to the contrary. Consumer Reports tested both devices using a pair of high-quality calipers and found that the black and the white versions of the iPhone 4 both checked out with the same thickness,0 .37 inches. So what’s the deal here?

As BGR points out, it probably has to do with poor quality control from Apple and its manufacturers and not a difference in design.