The nation’s major carriers are working on plans to standardize unlimited voice plans. On the surface, this may sound like a great deal, but as more Americans are communicating less by voice and relying more on data, these plans may end up costing subscribers more and delivering less value to customers.

According to a report on the Wall Street Journal, the impetus behind this change may be fear on the part of the carriers. As customers are downgrading their voice plans to only pay for the number of minutes they use, carriers may be looking at simplifying their voice plans with just a single unlimited offering to prevent the loss of voice revenues. 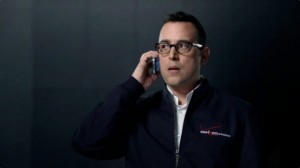 Carriers are justifying the move by stating that this would help to avoid confusion and offer customers a simple offering. The real motive is that voice still makes up two-thirds of a customer’s phone bills and carriers are not too keen on seeing this drop off as customers change their communications patterns and behavior.

The irony of the situation is that while carriers have eliminated unlimited data plans as usage grew in recent years, they are now imposing unlimited voice as usage wanes with phone calling.

As carriers begin to adopt VoIP technologies to handle voice–it appears that Sprint may be implementing some of that with voice over 3G on the HTC EVO 4G LTE to allow simultaneous voice and data connections–the cost to handle voice traffic will decline and AT&T Mobility’s Ralph de la Vega says, “segmented voice plans will become less relevant” as voice over Internet becomes more mainstream.

However, AT&T’s plans for voice are not clear. The carrier predicts that in two years time, we may see smartphones being offered with data-only plans without any voice plans attached to them.

So as carriers migrate to tiered data plans, consumers may in the future be straddled with unlimited voice plans that they do not need.