At CES Corning announced the newest version of its Gorilla Glass which will come to most smartphones and tablets over the next year.

Corning also says the new Gorilla Glass 3 has what it calls Native Damage Resistance, which makes the glass stand up better to scratches and cracks. That means future smartphones and tablets won’t break as easily when dropped onto a sidewalk. 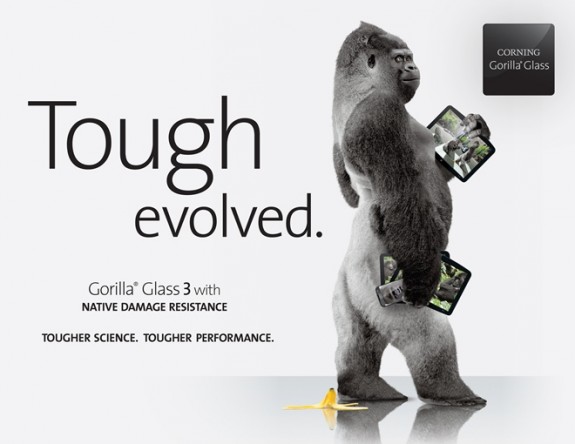 Corning hasn’t yet any devices that will use Gorilla Glass 3, though high-end Android devices like the upcoming Samsung Galaxy S4 and other unannounced devices. The first phones with Gorilla Glass 3 will ship in mid-2013, which means if the Galaxy S4 does use the new version of the glass.

Apple also uses some form of glass from Corning, which is likely Gorilla Glass though it doesn’t specify what kind of glass it does use. If Apple does use Gorilla Glass 3 in a future iPhone such as the iPhone 5S or iPhone 6 it could make the next generation phone more durable and less prone to broken screens.